Time flies when you’re working from home! It’s the end of October already, so here’s your monthly dose of CLZ News.

After 3 months of work, we have finally released the promised huge updates for all our game database programs. Phew! A big and complex project, but we really enjoyed working on this multi-disciplined job together (desktop, web and mobile) with the entire team.

So we decided to do the same for comics: all team members have now switched to our comic tools, with Joe working on Comic Collector 21.0, Pim and Bernard on CLZ Comics 6.0, Joel and Sven on Comic Connect, AJ working on UI designs for them all and finally Rowdy, Stijn and Sytske on improvements to our Core for Comics.
Read on below for what will be new in these big comic related updates!

All topics for today:

The downloading of Loose, CIB and New values from PriceCharting is one of the most popular features of our game cataloging tools, so we decided to take this feature to the next level, with values for more games, new features and many improvements.

After 3 months of work from the *entire* CLZ Team, we have just released:

Here’s what’s new in all of them:

Values for over 25,000 extra games and editions

We started on this project 3 months ago, manually linking over 25 thousand extra Core game entries to the corresponding PriceCharting entries, including lots of new PAL and JP editions. A huge job, but now ALL games and editions that are listed on PriceCharting.com are linked to entries in our Core game database!

New on this Value tab: 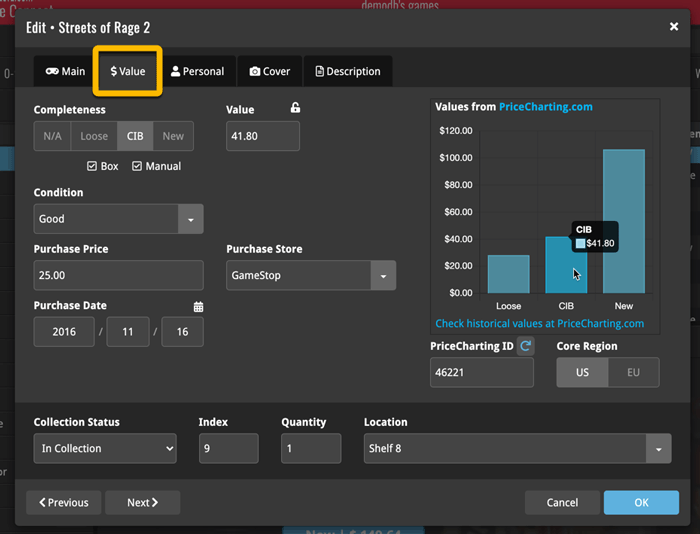 The Update PriceCharting Values tool previously downloaded values one game at a time, but now it does so in batches of 100 games in one go, making it much, much faster. 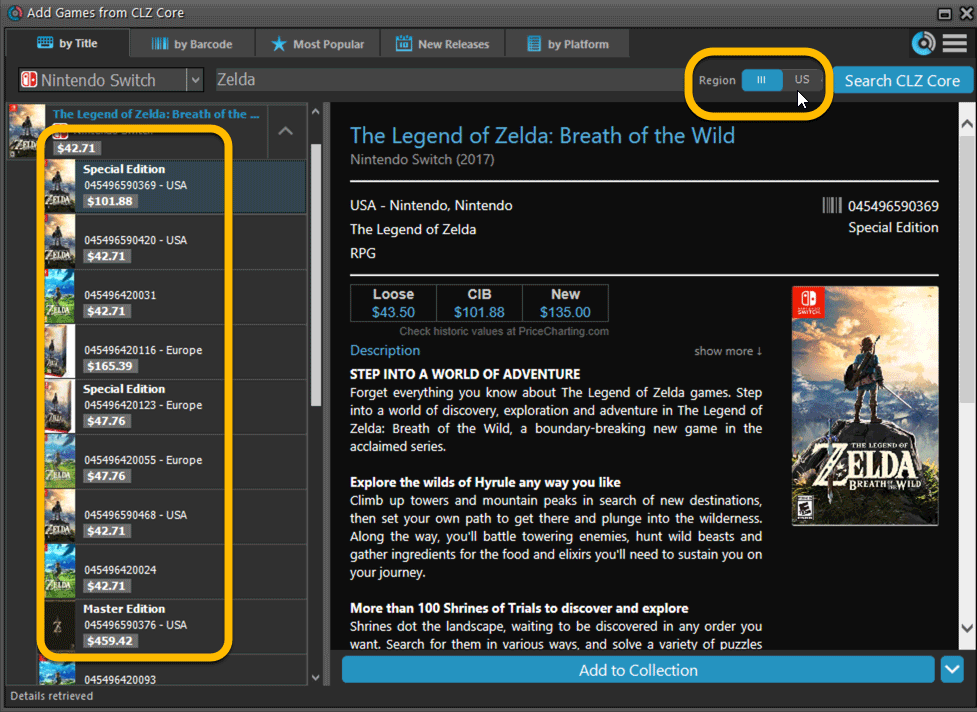 CLZ Games 6.0 for iOS and Android of course received all the PriceCharting related update listed above, but the 6.0 update ALSO included the “regular” 6.0 features that we are introducing to all mobile apps:

Finally make changes to multiple (or all) game entries in one go.
Here’s how: 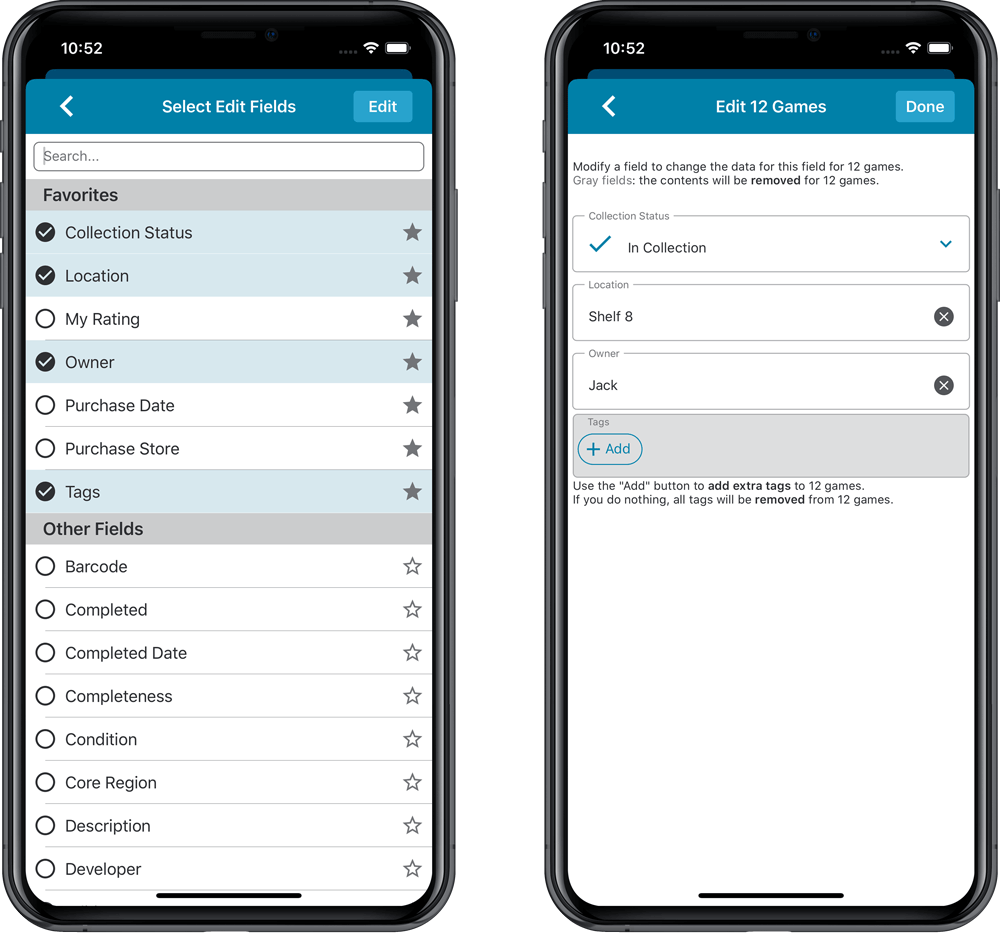 A new look for all edit boxes and a more compact layout, making it much easier to edit your game entries, without scrolling through long lists of fields. 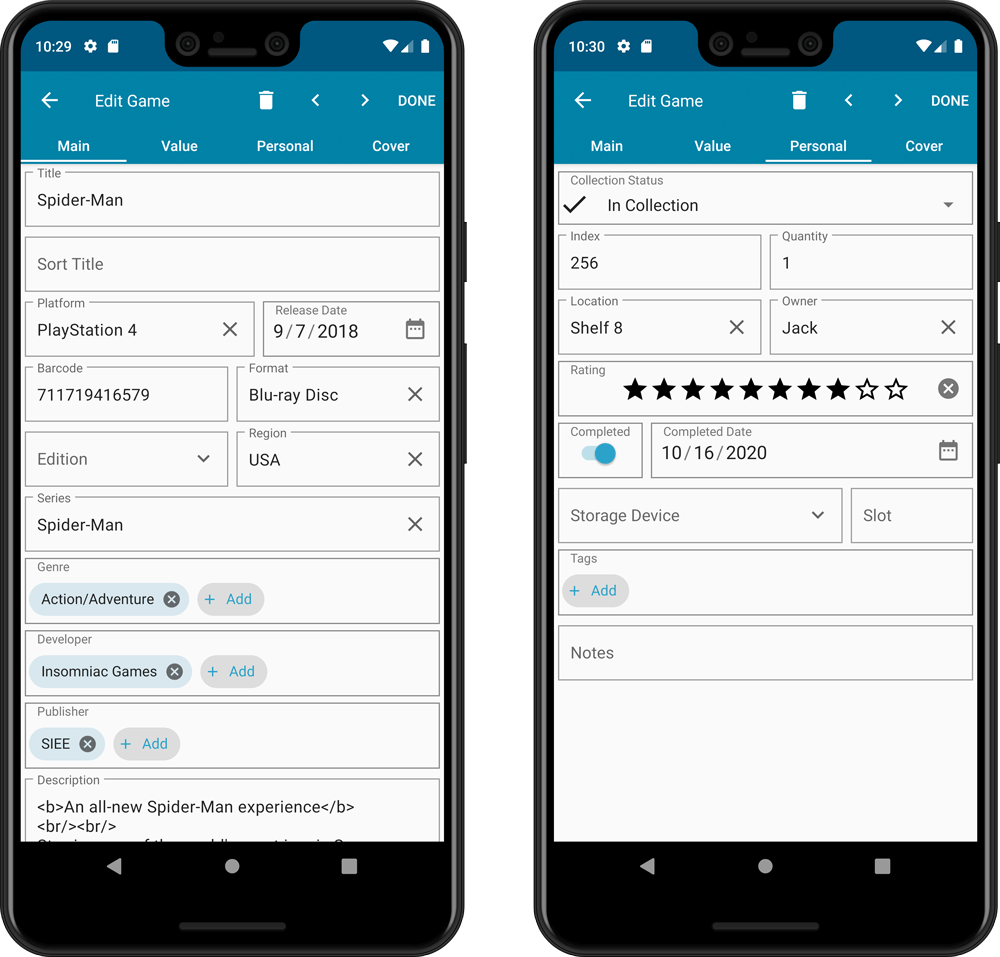 In the Edit Game screen the Cover is now on its own tab, with new Crop and Rotate tools for instant rotating and cropping of self-made cover photos or downloaded images. 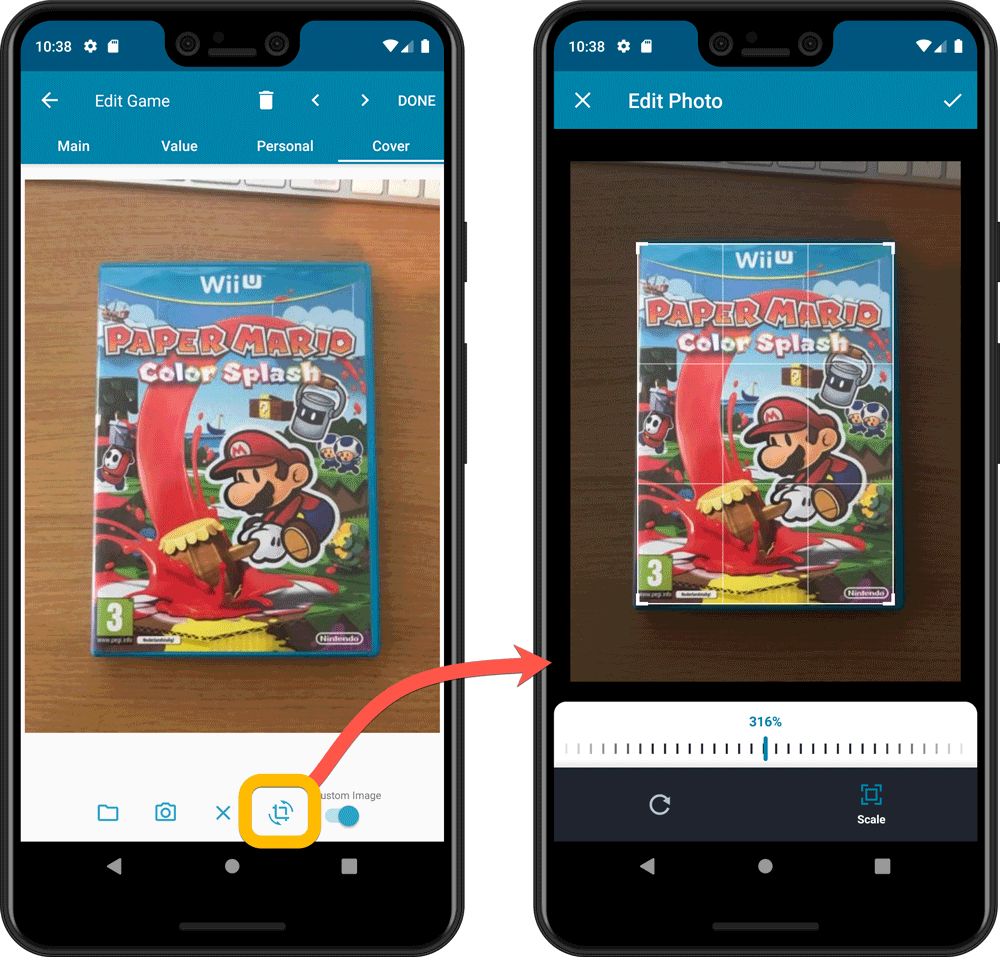 Yep, another update of this screen, to make it fully consistent with the Select Edit Fields screen.
It now includes a search box at the top for quickly finding the field you want, plus the ability to create your own Favorites (just tap the star icons).

Coming up: big updates for all comic database tools

As stated above, the entire CLZ team is currently working on improvements and new features for our comic database software. Let me give you an overview of what we are planning to do: 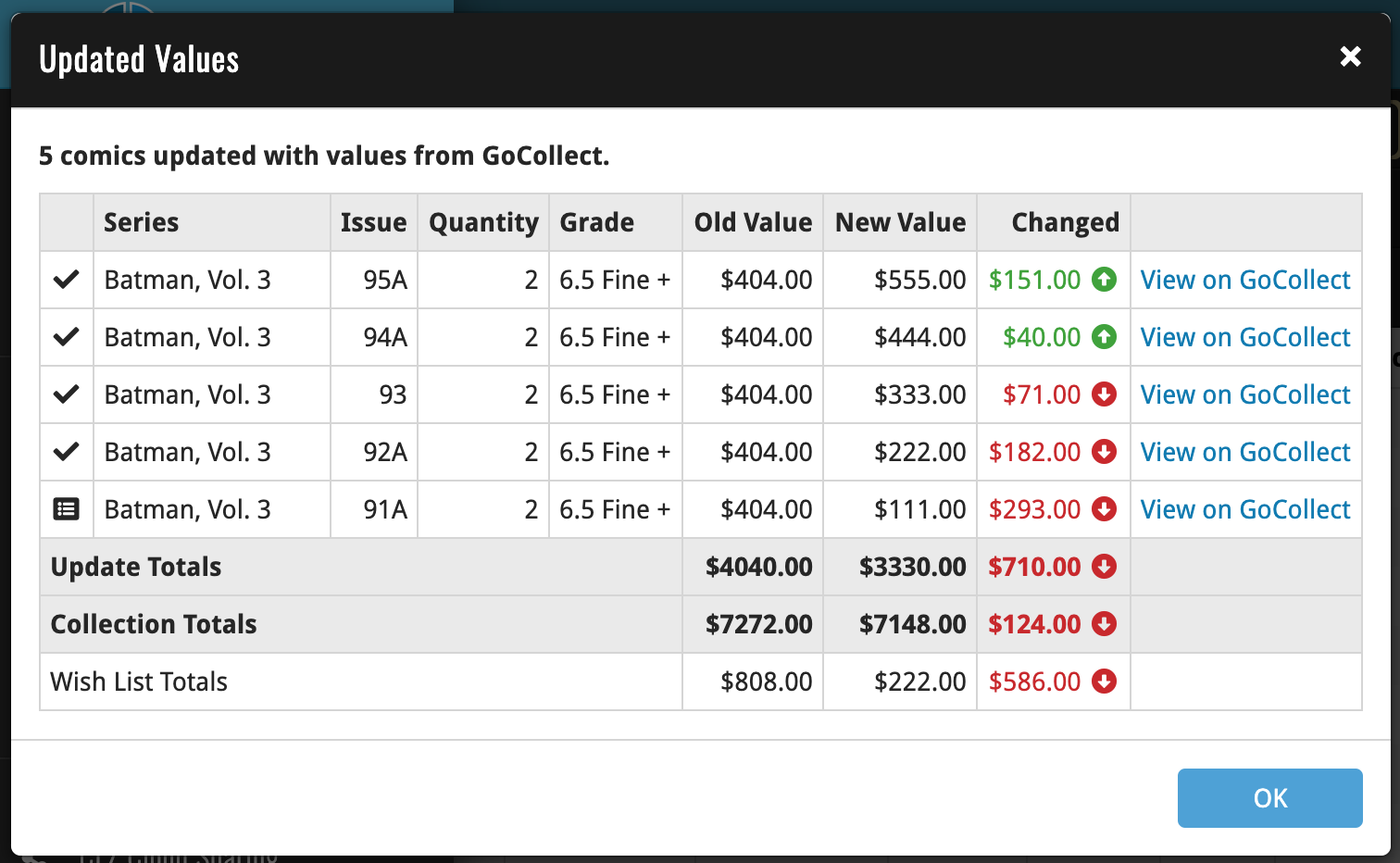 ETA for these comic releases?

Unlike the recent game releases, we are not releasing everything simultaneously.