We’re getting very close to launch now! We’re aiming to release CLZ Books 6.0 next week, then CLZ Music 6.0 the week after and CLZ Movies 6.0 another week later.
The release of of the v6 versions of CLZ Games and CLZ Comics could take a bit longer, as we are planning some extra game/comic specific improvements there!

Finally make changes to multiple (or all) database entries in one go. Just tap and hold to select books and choose “Edit [x] Items” from the menu button on the bottom right. 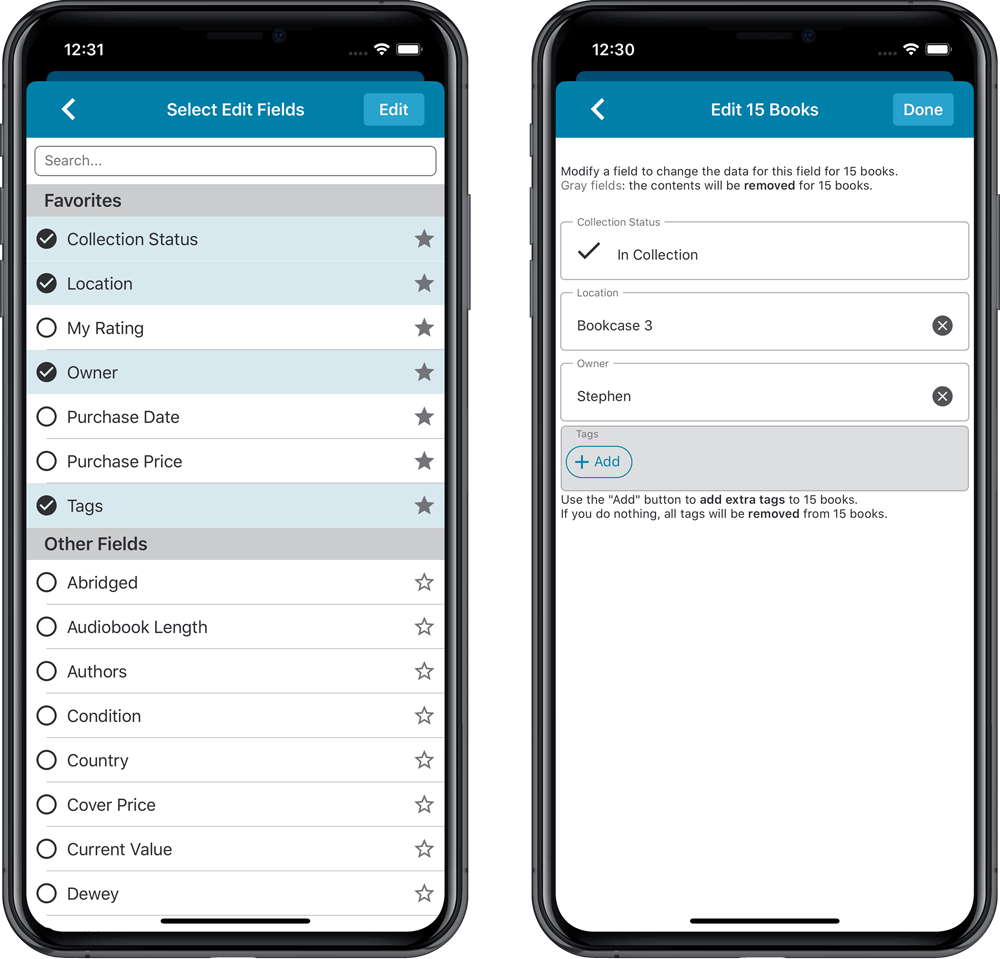 A new look for all edit boxes and a more compact layout with fields side by side. Making it much easier to edit your database entries, without scrolling through long lists of fields. 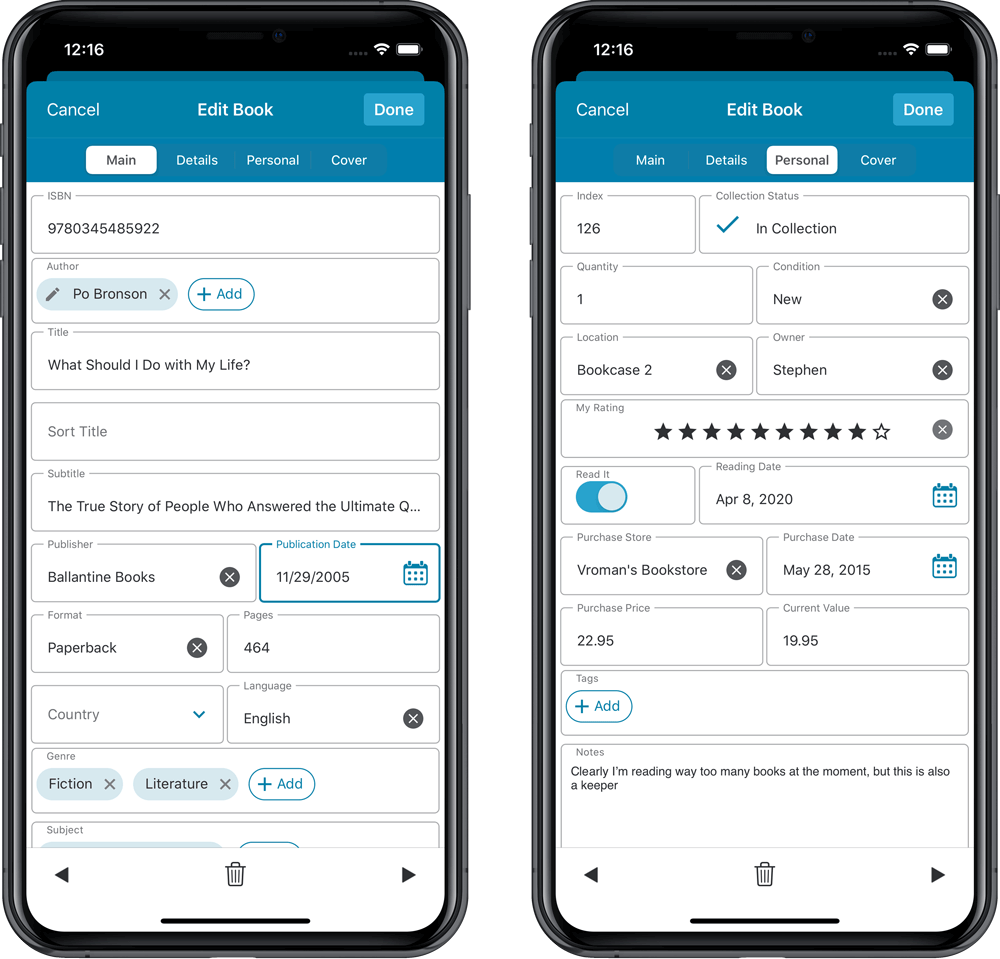 In the Edit screen the Cover is now on its own tab, with new Crop and Rotate tools for instant rotating and cropping of self-made cover photos or downloaded images. 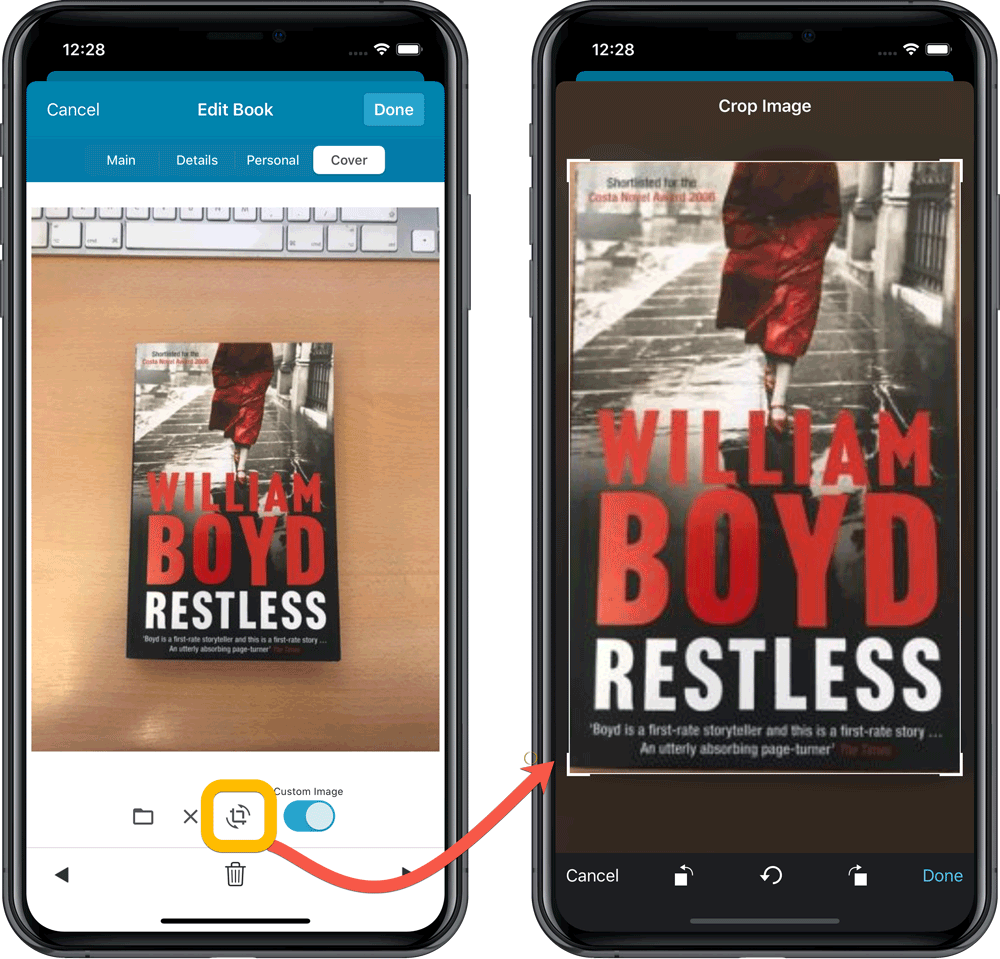 Yep, another update of this screen. It now includes a search box at the top for quickly finding the field you want, plus the ability to create your own Favorites (just tap the star icons).