Which has increased the size of the CLZ Team to 12 people! Me (Alwin) running the place, my wife Sytske on Support, AJ doing Support, UI design and testing, Martin and Rowdy on Core, Ronald on Mac, Joe on Windows, Pim on iOS/Android and finally, Robbert, Sven, Joel and Stijn on Connect.

With 4 guys working on Connect, you can expect lots of progress there, with new features, more fields and many UI improvements. (Haven’t tried Connect yet? Just login at my.clz.com and use the Trial button there.)

Our software updates in March 2018:

They’re finally here, the v18 updates for macOS. And these not only bring the promised Auto-Cloud-Syncing, but also many improvements to the main screen, making it both faster and more stable.

It is time to take the CLZ Cloud to the next level, with automatic syncing:
Add or edit entries on your Mac and these changes will auto-upload to the CLZ Cloud instantly. Did you make changes using the CLZ mobile app or directly in Connect? Just start your software and changes will download automatically.
BTW: Automatic Cloud Syncing is an optional feature, switched OFF by default. 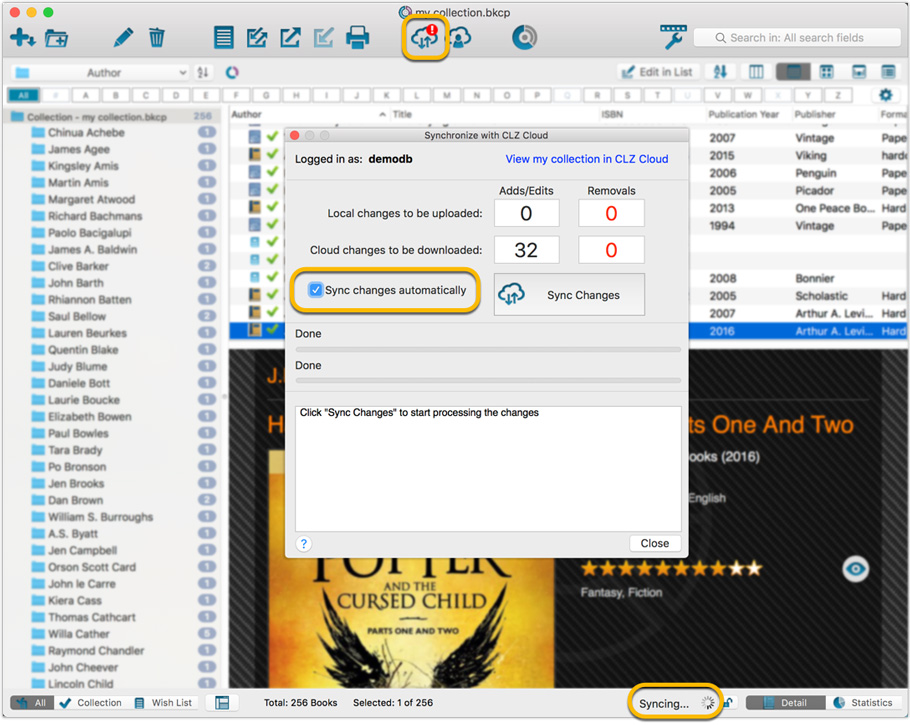 In the past few months, we have spent a lot of time rewriting important parts of the main screen. At the same time, we reduced the program’s “memory footprint”, making it more stable overall.
The result is that the program is now a lot faster. It starts quicker and it refreshes much faster (after adding or editing) The speed-up will be most noticeable on large collections, with thousands of entries and lots of folders.

This month, updates have been released for all 5 CLZ apps for Android, that add a lot more sort order options, for example: Order of Entry, Purchase Date, Quantity, My Rating, etc…
At the same time, we have re-designed the Sort Order selection screen, to make it a bit clearer.

Similar updates are coming up for the iOS apps next week! 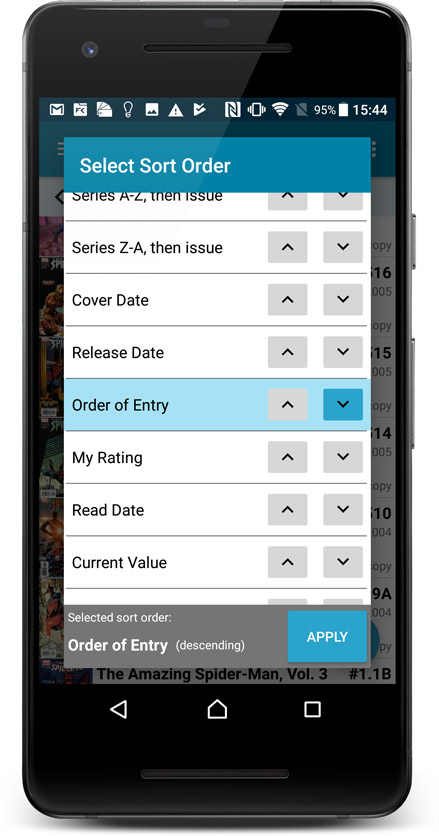 In Connect, you can customize the columns that are shown in the List View and also the sort order of your collection list. However, the “field selection” screens for doing these customizations were a bit outdated and finding a field could be tricky.
So we decided to re-imagine these screens, to make them easier to understand, easier to use and better suitable for use on mobile touch-screen devices.

The same field selection UI has also been implemented for the Print to PDF and Export to Text features.

A feature that has always been missing from Movie Connect, because of performance reason: being able to grouping movies into folder by Actor and Producer.

However, our current server and code set up has made this possible without performance penalties, so these fields are now available for your folder panel!

Many import tools coming up. Now live: “Import from Discogs”

Our Connect editions already had the most advanced Import from Text features, with flexible field mappings. Now, we are enhancing the Import Data screens with pre-fab import tools for 3rd party CSV and XML formats. This will make it easy to import lists from other tools and competitor programs.

The first 3rd party format that has been added is Discogs. So if you have existing collecting data in Discogs, just export it to CSV and import it straight into Music Connect, with all your entries automatically linked by the Discogs Release IDs!

With super hi-res 4K (or even 5K) screens becoming quite common, more and more people are running Windows with the DPI or Font Size set to 125% or 150%, to keep text readable.

So earlier this year, we released maintenance builds for all Windows editions to fix various layout problems when running Windows with “large fonts”.”

Now we are ready to take the next step: make our Windows programs fully “DPI Aware”. Meaning that if you have increased your font size in Windows, our programs will actually follow that setting and use bigger text fonts in all screens!

The first DPI Aware program, Music Collector 18.1, will be released next week!