Here’s what happened: When we contacted Red Laser to inquire about it,
they told us that the inability to scan UPC+5 barcodes “is unlikely to be solved quickly”.

That didn’t give us any hope of a solution, so we decided to drop the Red Laser library and use the open source “zxing” library instead. Zxing is a very capable barcode scanning engine, and more importantly, it already includes UPC+5 support.

This week, Pim has implemented the zxing library into Barry for Android’s scan screen, and it’s working great. It scans UPC+5 comic book barcodes very well. Pim even modified the zxing code himself to add support for UPC+2 barcodes (seen on newsstand editions).

The move to zxing also means that we *will* be able to customize the scanning screen the way we want, a nice side-effect of the switch.
However, CLZ Barry for Android will still require a high quality camera with auto-focus!

The proof: screens of Barry for Android scanning comic books: 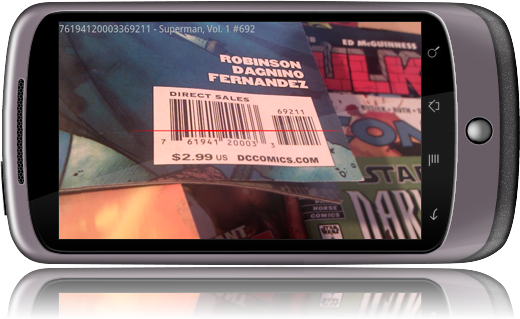 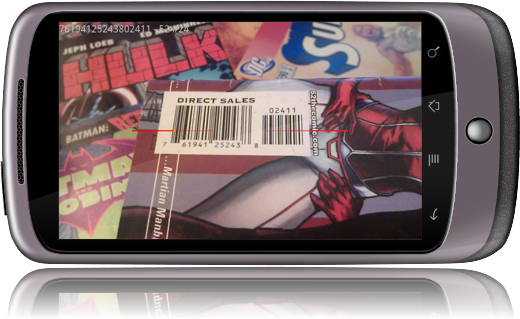 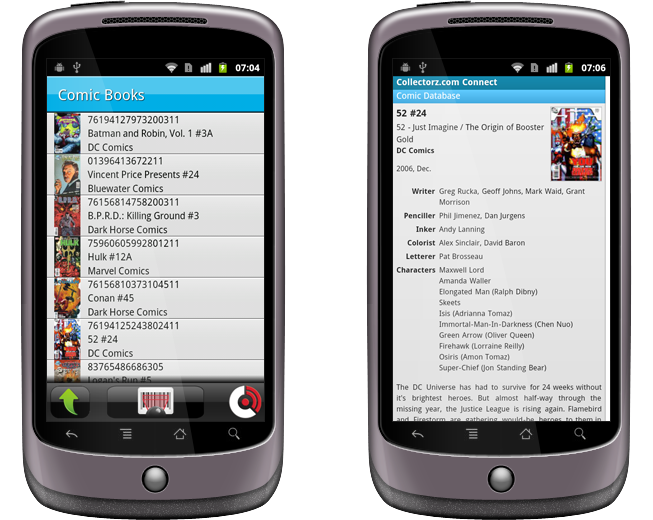