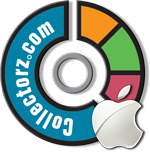 Late August, I told you about our plans for the Mac editions.
In the past 2 months, a lot has happened so it’s time for an update on our Mac OS X development. And I can even show you the first screen shots of the upcoming Movie Collector 8 for Mac OS X!

We’ve got 4 developers on this 4-product-project now. Two full-time programmers: Ronald (who is leading the project) and Patrick (our new Mac programmer, started on October 1st). Plus two parttimers: Bernard (working as a hired freelancer for 2 days a week) and Dinh (still working 2 days a week until the end of December).

Dinh and Bernard have been working on this one for the past 2 months. And on October 3 we were finally able to release version 5.1 with the long awaited Linking, Syncing and Updating features. Link comics to our online database, use Update Automatically to get data updates and Synchronize your data (up and down) with Comic Collector Connect.

After this release, Bernard joined Patrick and Ronald on the other 3 products. Dinh will keep focusing on Comic Collector, to work on the missing features (compared to the Windows edition) and several improvements to the current feature set.

Next week, probably on Tuesday October 25, there will be a small update that brings performance improvements for the main screen. This build will also (finally) fix the annoying problem of the main screen not remembering the size of the various panels (tree, list, details).

Ronald has mainly been working on Movie Collector. Currently, we have a working movie database format, a main screen with all 3 views (including the new Cover Flow) and an Add Movies Automatically screen that is 90% finished. Here’s some screen shots of the current build: 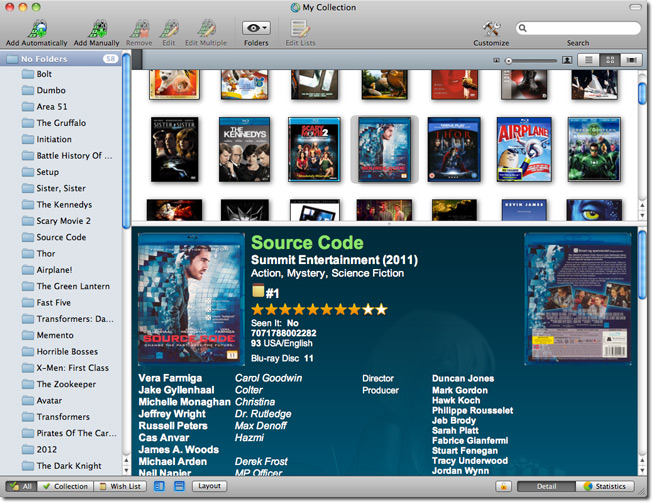 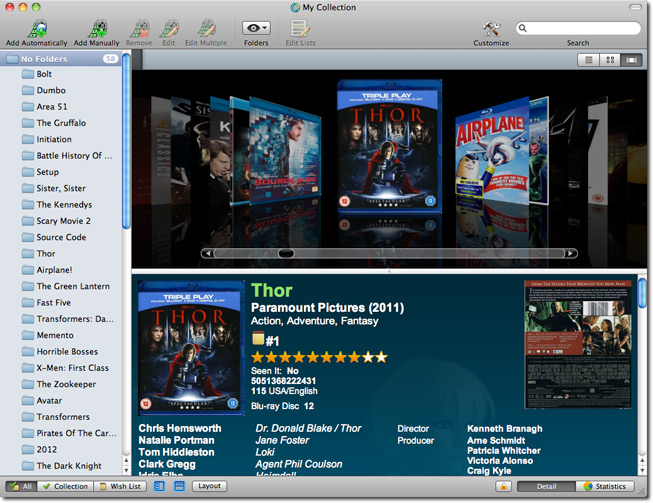 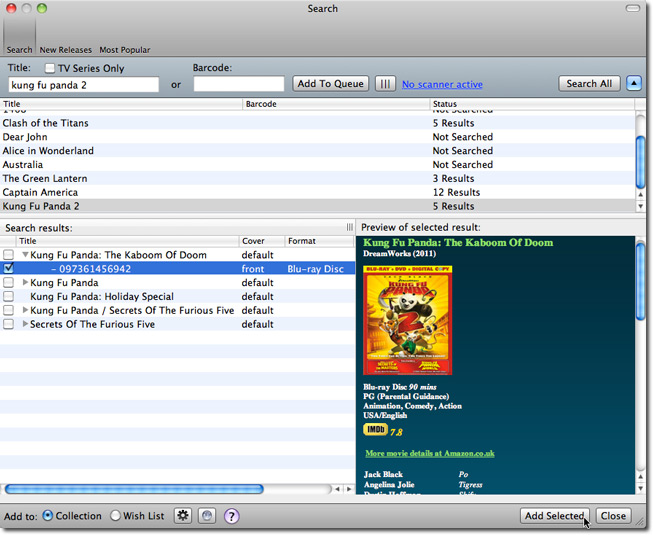 At the moment, our Book Collector build is almost at the same level as Movie Collector. Music Collector is slightly behind. The plan still is to keep developing all three at the same time, adding each new feature to 3 programs simultaneously. At least until the beginning of December, when we will probably move the entire team to Movie Collector temporarily, preparing for its release.

If you want to stay up-to-date on the latest news about our Mac development, then use the form below to join the Collectorz.com Mac Club.