Last week, we released CLZ Comics 5.0, of which the most popular new feature was the new automatic comic values tool.

After the release, we immediately started getting questions from many users “Okay, I see the values now, but where can I see the TOTAL value of my collection”?

Of course, we were way ahead of you! Planned for inclusion in the v5.0 release was a cool new Statistics screen, with charts, totals, everything. Sadly, we had to skip this feature because of time constraints, as we really wanted to make our planned v5 deadline.

However, 10 days later, the Stats screen has been finished now, waiting for you in version 5.0.4!

A cool “infographic” style screen showing totals and statistics about your comic collection. Find your biggest series, your most recent purchases, your most valuable comics and the value by series and of course, the total value. 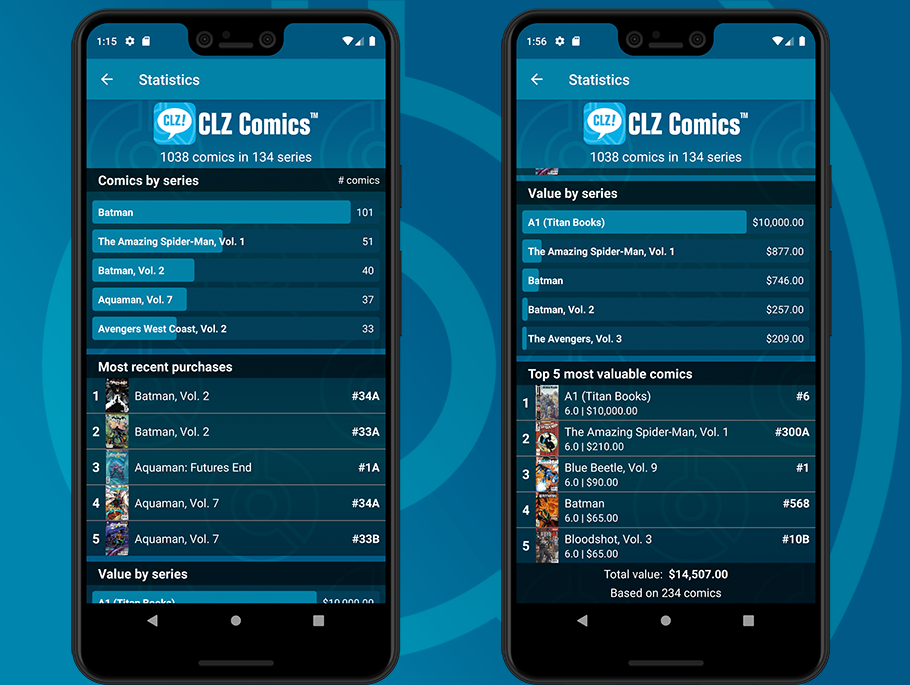