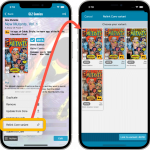 Nope, we won’t stop improving this app 🙂 Here’s version 7.10 already, with one new feature and one improvement requested by you all:

In preparation of the CovrPrice integration for comic values, we are making sure our Core is as complete as possible, that is, with all missing Direct Editions, Newsstand Editions, UK Price Variants, Canadian Price Variants and Australian Price Variants. We even have a special topic about this in our “CLZ Comics” group on Facebook, where group members are reporting series with missing variants.

Now it could be that the specific variant you own was NOT in Core yet when added it to your database, but IS listed NOW. In that case, you of course want to change your Core link to the correct variant, so that:

In the Comic Connect web-based software and the Comic Collector desktop software, this was already possible. Just Unlink from Core, then use Link with Core to re-link. In the CLZ Comics mobile app however, these Unlink and Link features are not available.

So we fixed that today, with the new “Relink Core Variant” tool, which lets you link your local entry to a different variant in Core, e.g. from Direct to Newsstand. Doing so will automatically update and overwrite all relevant information, like the Variant letter, the Variant Description, the cover image, barcode, cover date, etc…

You can find the Relink Core Variant command in the Action menu of the comic details page. In screen that pops up, just tap the correct variant, then tap the blue “Link to variant” button at the bottom right. 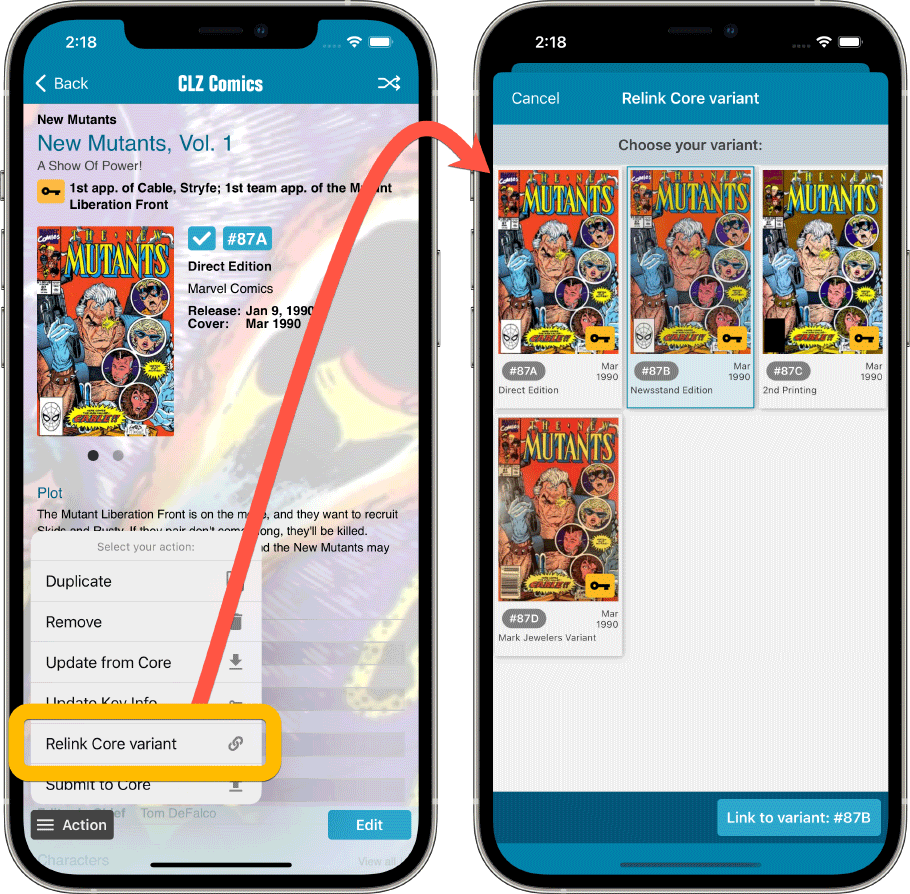 The recently introduced Card View has quickly become the favorite view of many users. However, after the introduction, we did get some suggestions from users for making it even better.

Many users, including myself (Alwin), were instantly missing the Grade and Value information (which IS shown in List View). Others were missing the colored bars indicating the collection status.

Both good points of course, so in today’s update we added both to the Card View too. To accommodate that extra information in the card panel, we move the Series name to the top of card, nicely centered above the cover image.
(note that the series name is not shown when inside a specific series folder) 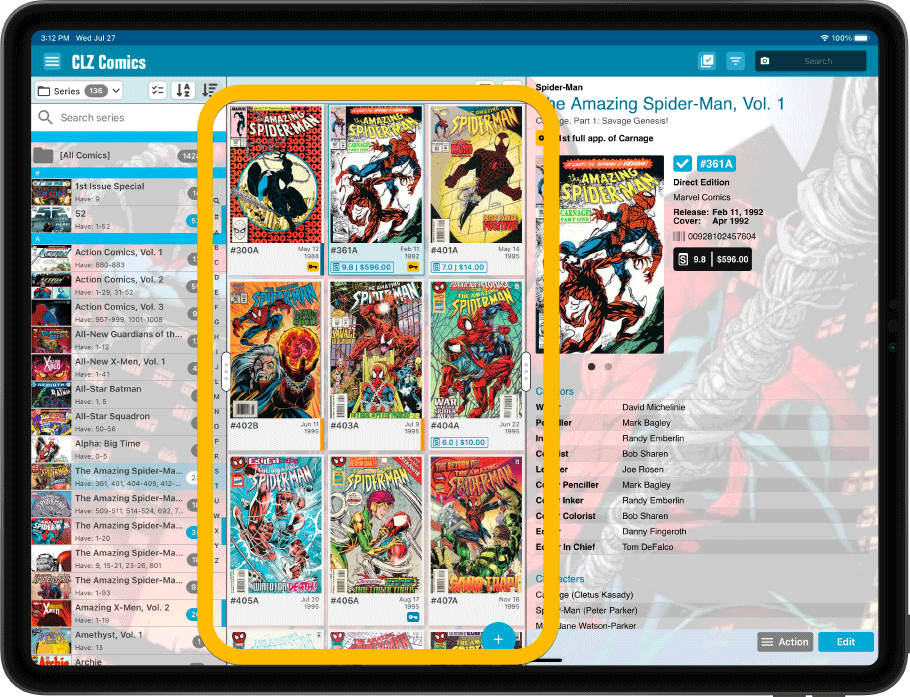 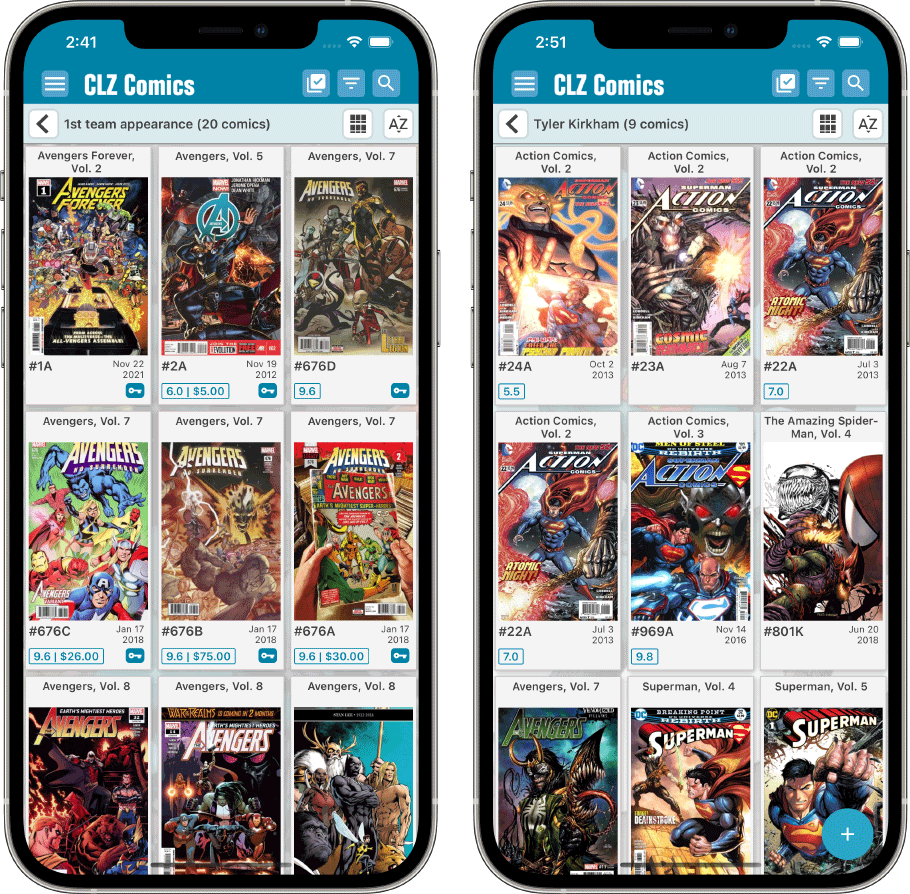 Of course, we also brought the new layout to the Card View in the Add Comics screen: 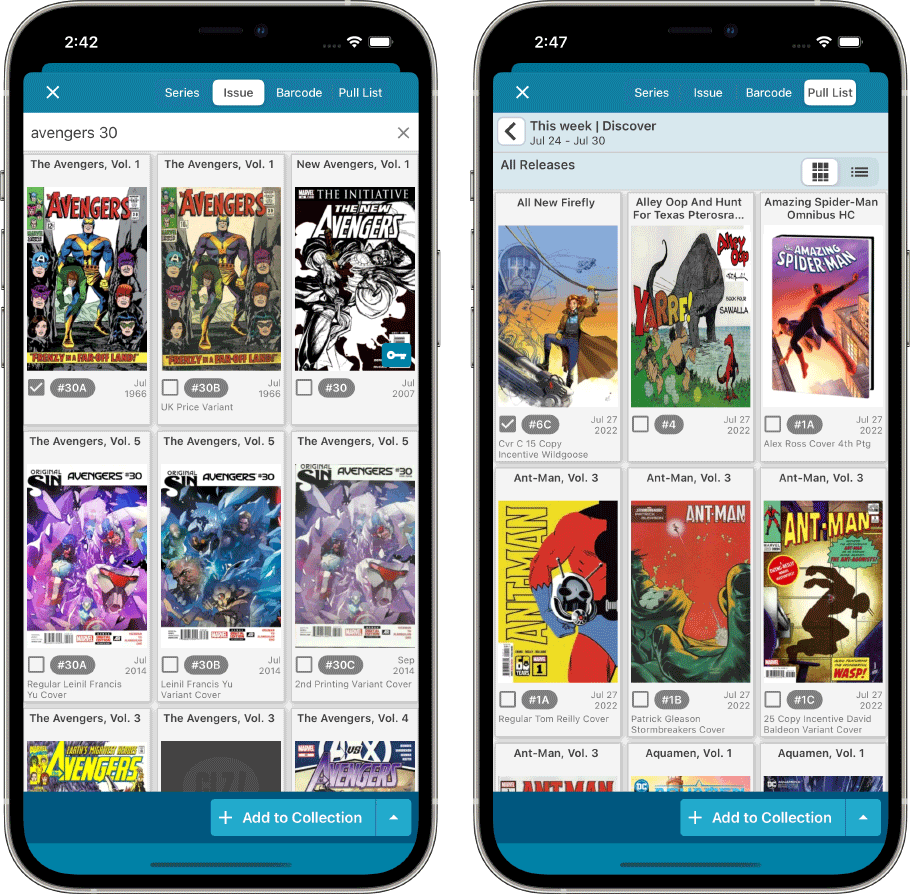