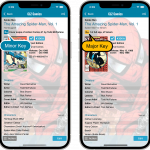 For the CLZ Comics app, this means:

HOW TO UPDATE YOUR KEYS:
After updating to version 7.1, all your existing key entries will be marked as Minor Key (blue key icons)! Here’s how to update your comics with the new Minor/Major key info from Core (and the new Key Categories): 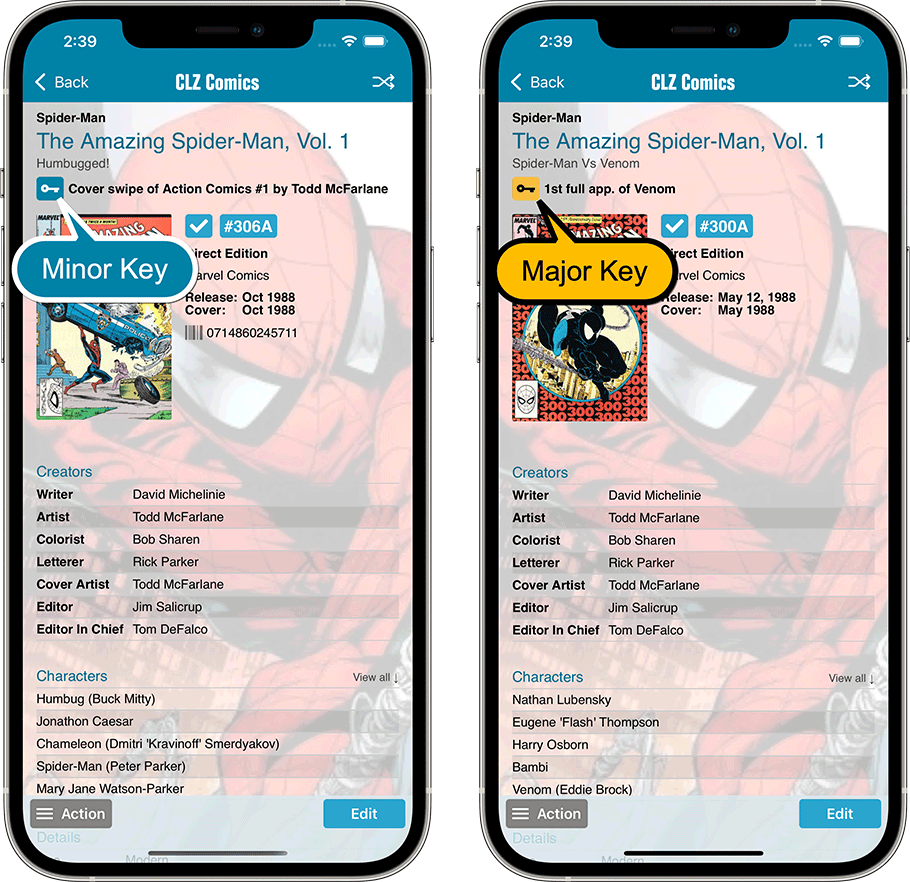 Also new in our Core key database (and your CLZ Comics app): the Key Category field.
This field indicates which type of key it is. We are currently working with the following categories:

This Key Category field is a pick list field, so you will be able to use it as the folder field. Also the field is of course full editable on the Value tab of the Edit screen, so you are free to create your own categories if you wish to do so. 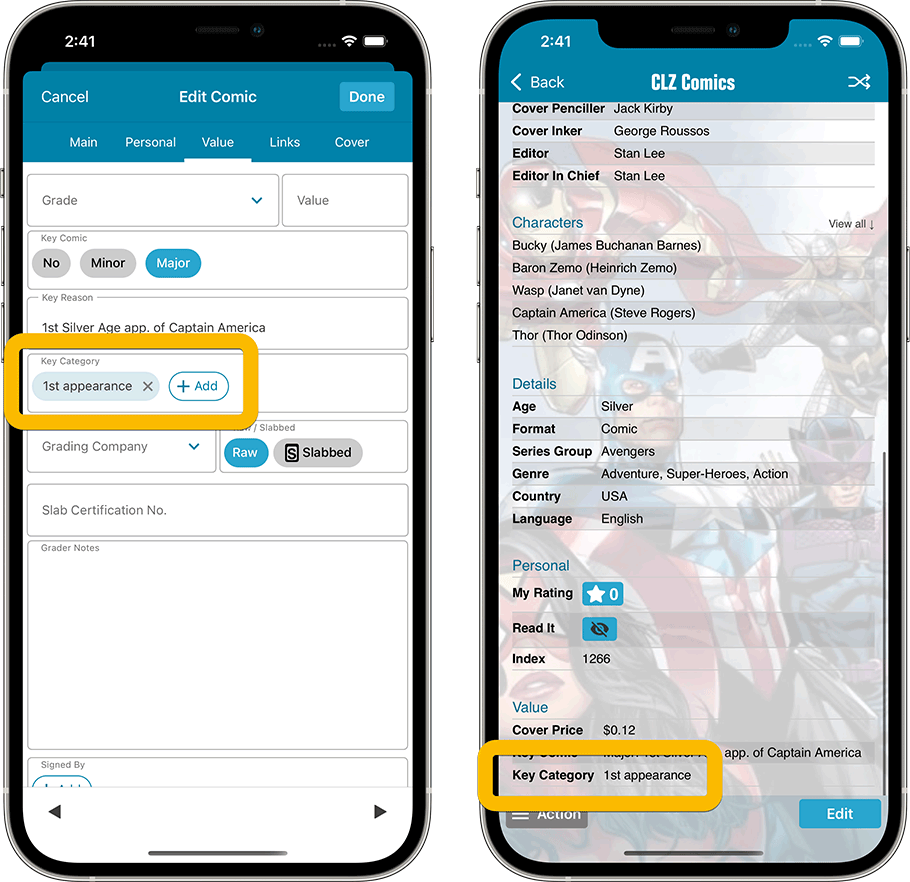 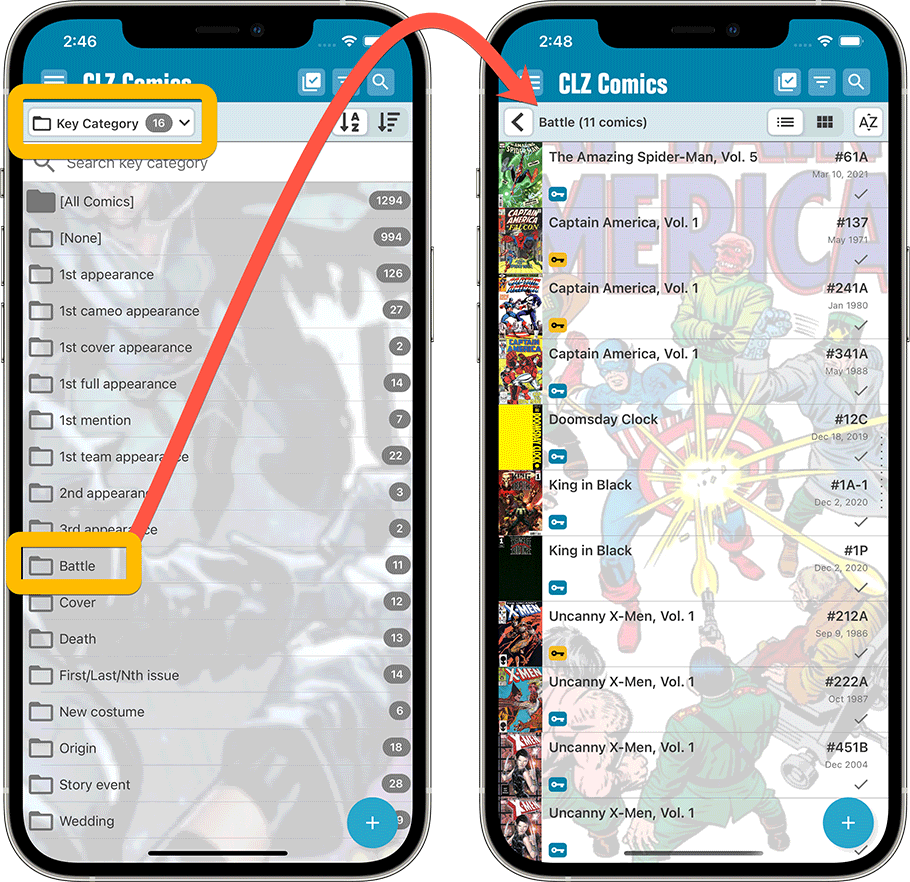 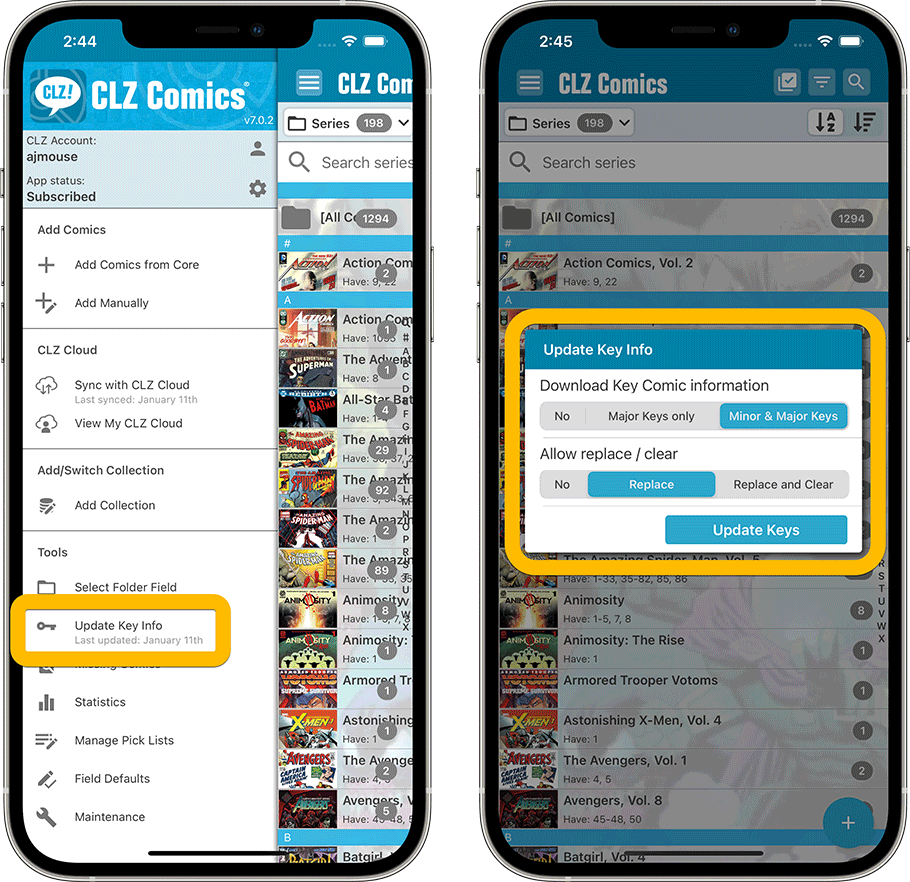 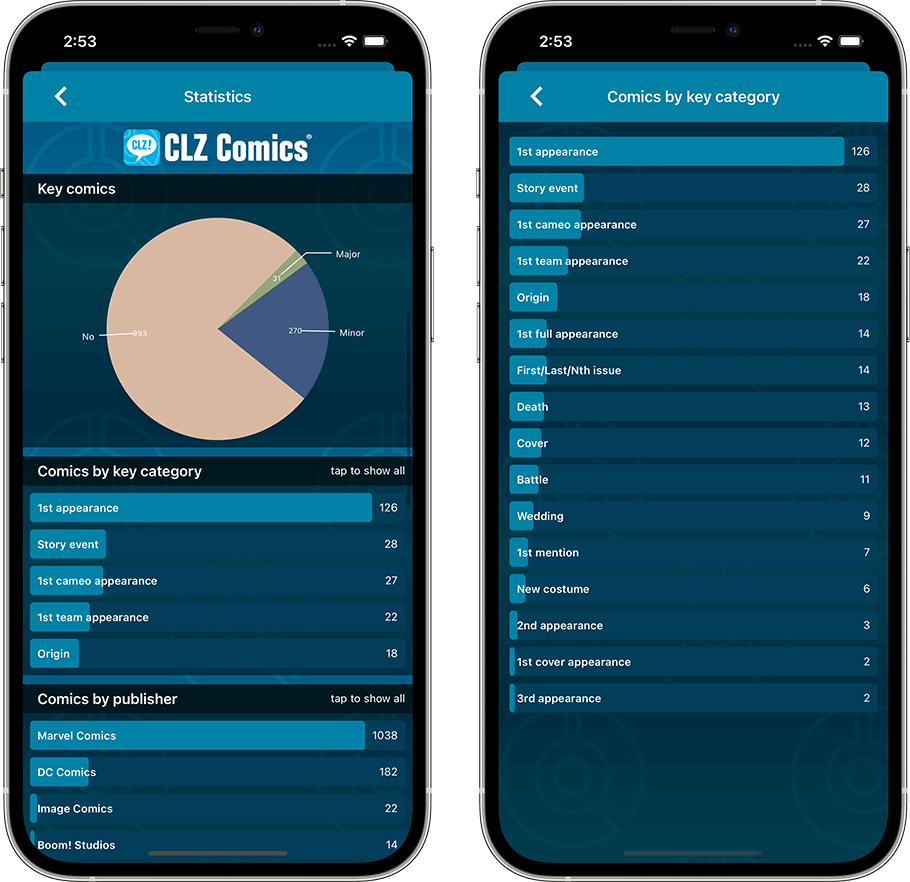