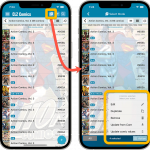 Now available in the App Store, version 6.8 for CLZ Comics. In this update, we finally bring the Submit to Core feature to the mobile app, so that you can help improve the Core online comic database, by submitting your corrections.
Also new in this update: Select Mode is now easier to activate and the Action menu has a new look.

Core is our central online comic database, the database that is searched when you add comics by Series, by Issue or by Barcode in the Add Comics screen. In general, the quality of our Core database is quite high, with 2 content managers moderating the data and all additions.

But still, with over 750 thousand comics listed, some errors may occur. That is where our Submit to Core comes in, it lets you submit corrections to our Core entries, right from the app, so that you can help improving the Core.

The Submit to Core feature has already been available in our Comic Collector desktop software and our Comic Connect web-based for many years, but the online forms that were used were not compatible with small mobile device screens. So our lead web-developer Sven has been working on a complete rewrite of the Core submit forms, to make them mobile friendly.

Which means we can now finally introduce the Submit to Core feature in the CLZ Comics mobile app!
On the comic details page, click the Action button and choose Submit to Core. Your mobile browser will open, showing you a form for “processing” your uploaded data into the Core data. When done, tap the big blue “Submit Changes” button at the bottom (don’t forget this step!!).

Important: the Submit to Core tool is a perfect way to submit your corrections for existing comic entries. However, it won’t work for reporting problems like:

For problems like the above, the best way to report them is still to just contact us.

Looking forward to your error reports!

The app’s Select Mode is a crucial tool for performing actions on multiple comic entries in one go, e.g. for batch editing, for removing multiple comics in one go, for updating values etc…
Entering Select Mode is done by tapping and holding on a comic entry in the list (also called a “long tap”). But through our daily conversation with users, it appears many users were not aware of this method.

So now, starting with today’s update, Select Mode can also be activated using the checkbox icon at the top. Just tap the button to start Select Mode, then tap on comic entries to select them.
Tip: tap the ALL button on the lower left to select all comics.

When done selecting, tap the Action button on the lower right and choose which action you want to perform on the selection.
(While we were at it, we also improved the look of this Action menu) 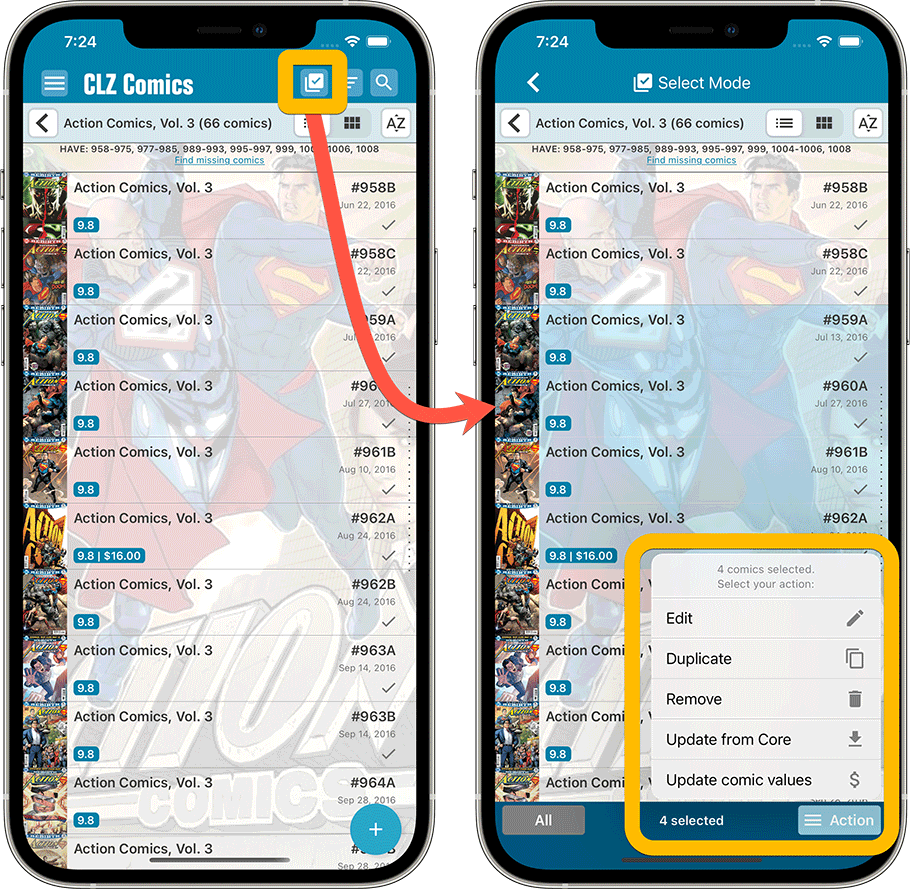 To make everything more consistent, we have now also introduced the Action menu on the comic details page, that is, the page where you can see the full details of one comic.
Click the Action button on the lower left to perform any of the following actions: Duplicate, Remove, Update Values, Update from Core or… the new Submit to Core. 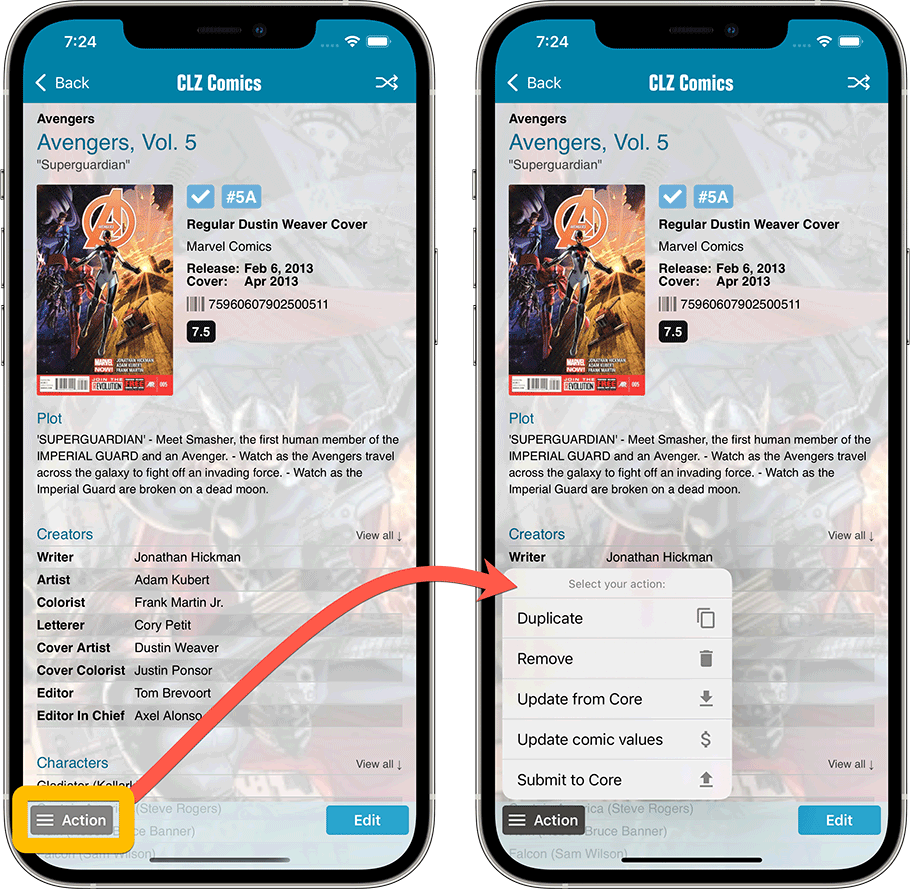