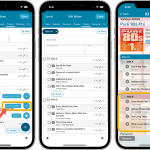 This may be the biggest CLZ Music update ever, with LOTS of new album fields being added in one go!
Musicians, Credits, Headers in track lists, Composition, Chorus, web-site links, etc..!

And of course, all new fields fully sync to and from the CLZ Cloud, the Music Connect web-based software and the Music Collector software for Windows.

Here’s an overview of all the new fields:

On the Tracks tab of the Edit Album screen, use the “+ Header” button at the bottom to add a header. Now to move tracks to the header, select the tracks using the checkboxes on the left, then tap the action button on the bottom right and choose “Move to header”. 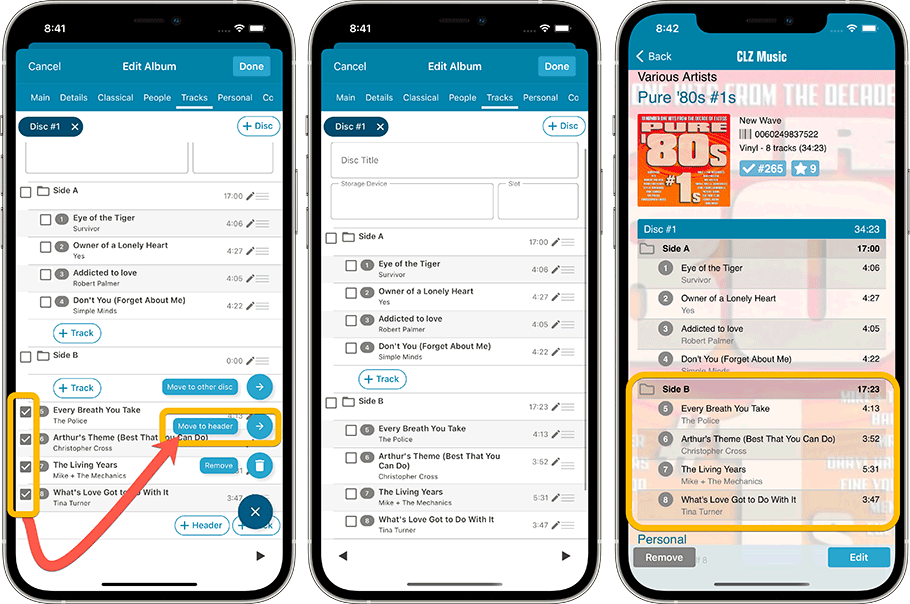 At the same time, we added two new fields for the Disc entries: Storage Device and Slot. Super useful if you want to track the location of each disc of multidisc albums, e.g. for carousel devices or sleeves in binders. 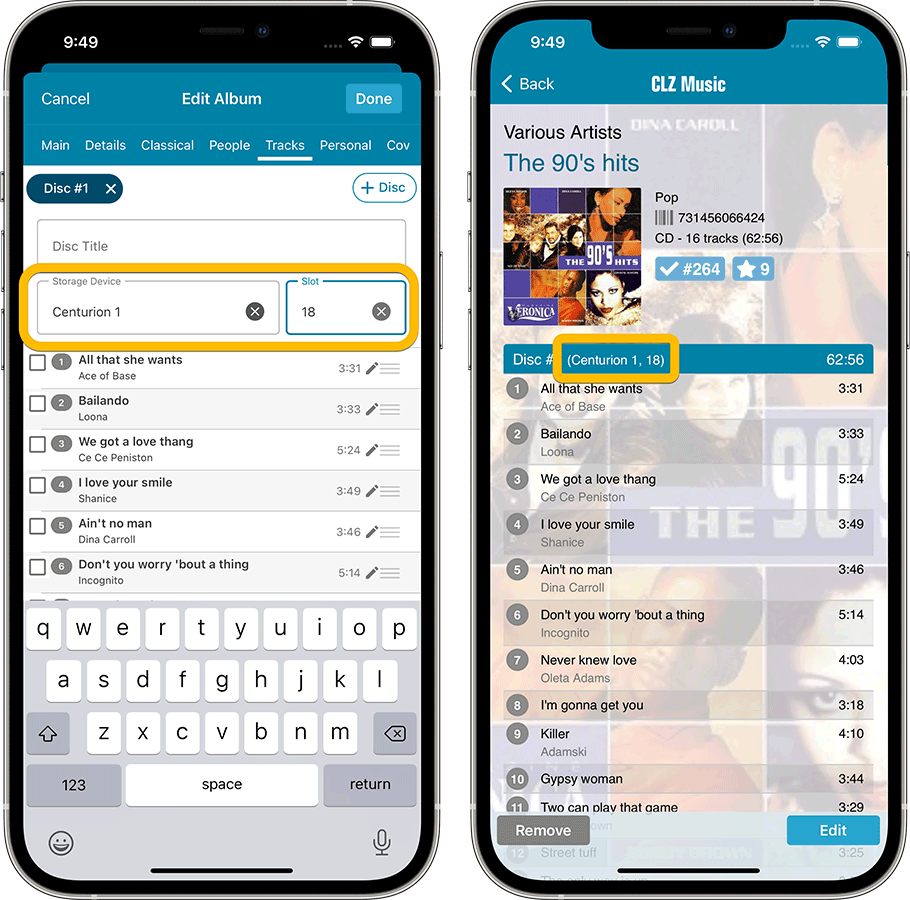 At the top, list the credits for the album:

Then below that, list the musicians / band members, including the instruments they play.
TIP: you can set the instrument in the Musician entry itself, so that each time you use this Musician under an album, it will auto-fill the instrument field. 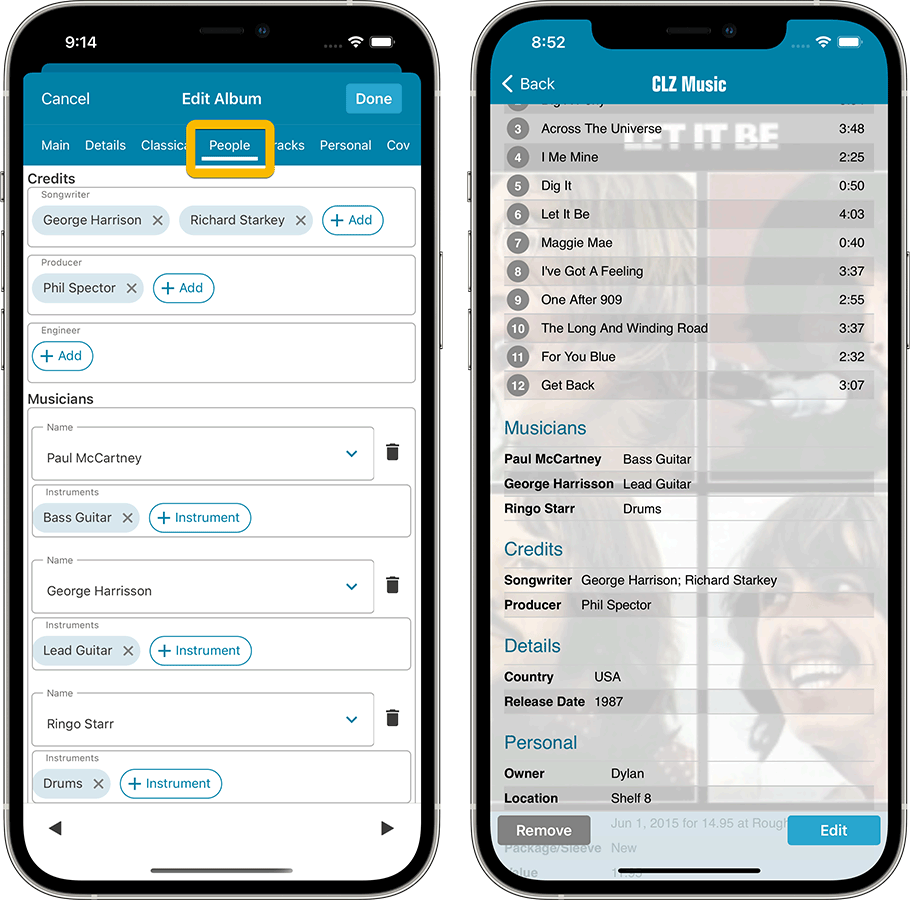 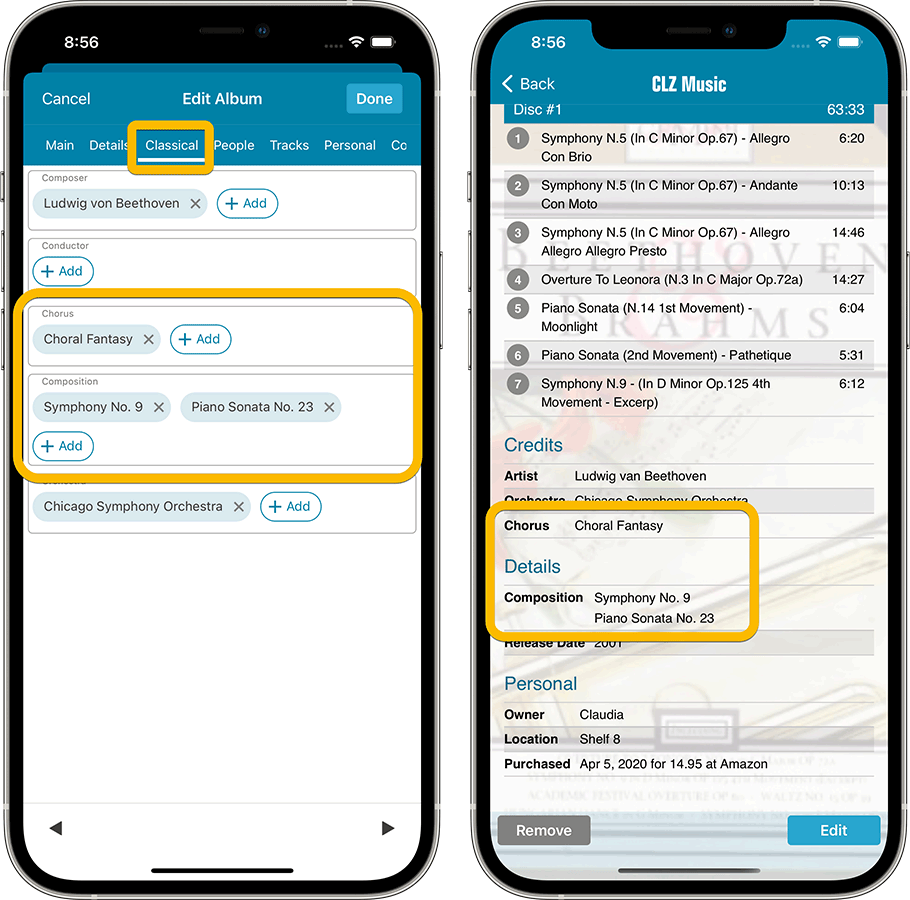 To group albums into a Box Set, just add the albums as separate entries in your database, then for all albums, set their Box Set field to the same value. 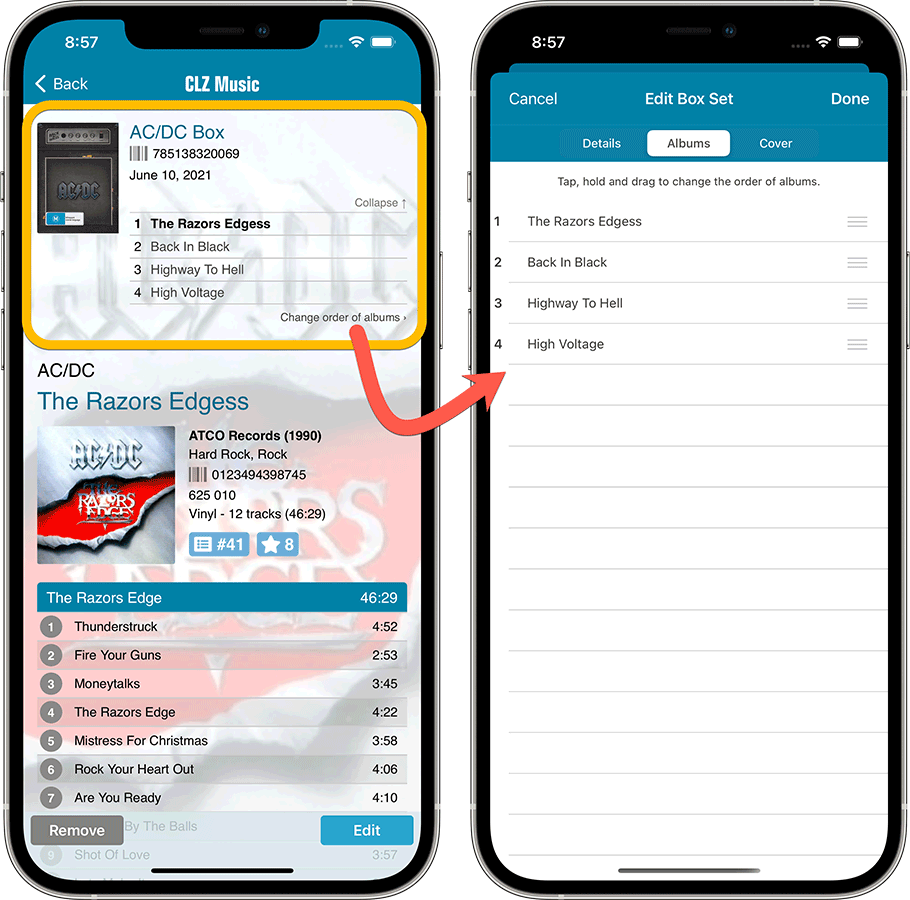 BTW: CLZ Music already supported multi-disc albums, which is still the best way to to catalog albums with multiple discs.

A new Links tab is now available in the Edit screen, for adding web-site links to your album entries.
Tip: paste a website link in the URL box and the description will be filled in automatically. 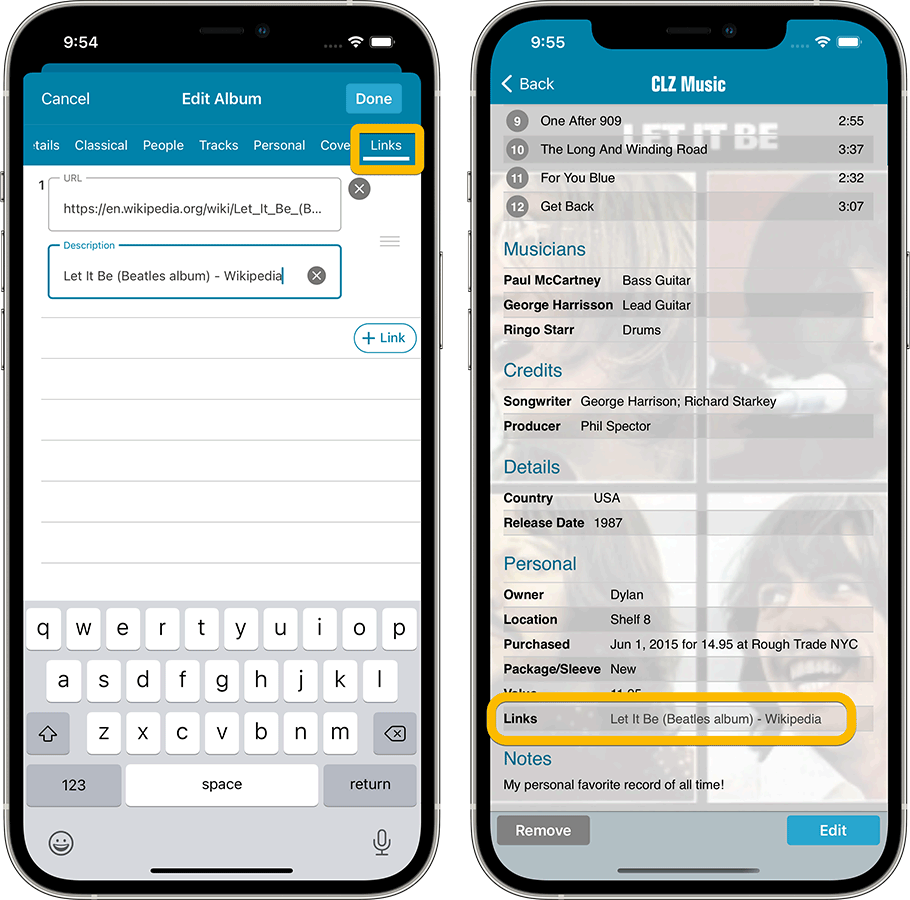 Finally, two other fields that were still missing, compared to our Music Connect and Music Collector computer software: