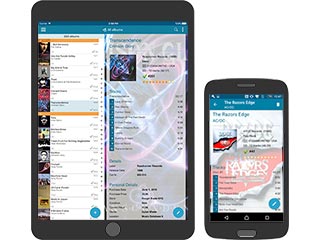 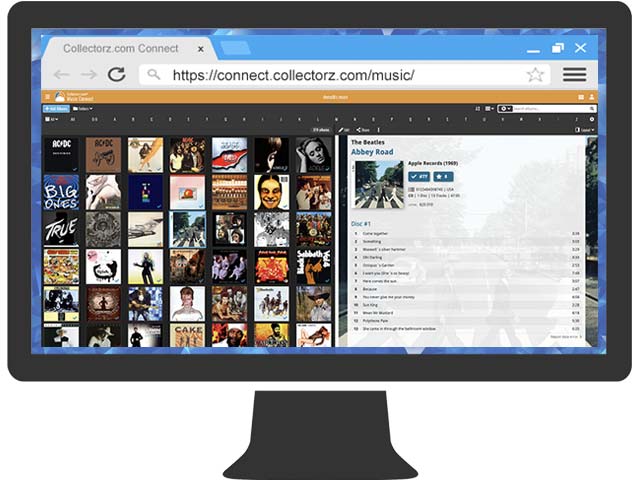 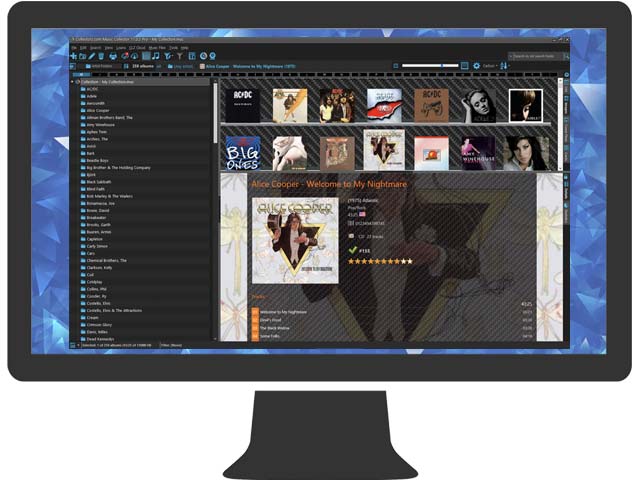 Web-app for Windows and macOS

Sign up for the Music Connect 7-day free trial close

Keep track of my CD collection
Allows me to keep track of my CD collection while out and about, making sure I don't buy duplicates !! Owned the App for many years now and really impressed by the company. Always releasing updates, and swift to respond to queries or issues. — Paul Gibbs on CLZ Music
Absolutely brilliant
I rarely write reviews, but this one deserves an exception. This app is excellent. Easy to use, either scanning the barcode or inputting manually. My heart usually sinks when I have to find albums as much of my music collection is pretty esoteric, but in this case the database is remarkable and easy to navigate with keywords. I would recommend this app to anyone who has a large CD collection but isn’t planning to rip it all onto their computer. Bravo! 5* — Stebbs007 on CLZ Music
Highly recommend this App
Having rescued my CD collection from the depths of our garage I was looking for away to index the collection of nearly 400 albums. I came across CLZ Music whilst browsing the App Store. What a fantastic App it turned out to be. I am well on the way to completing the exercise of indexing all of them in time for the arrival of my new CD player.
Having disposed of my last CDC player thinking that streaming was the future I am returning to collecting the real thing.
Highly recommend this App and a nice touch from the developer who asked how I was finding it then helped me solve a small issue of adding location data when bulk bar code scanning. — Hovis1953 on CLZ Music
CD collector
Really great app for a music fanatic and CD collector like me! It lets me track which CDs I own so I don't accidently purchase the same one and let's me organize my CD collection (e.g. by year, alphabetically,..). You just scan your CD and it'll appear in your virtual collection! Customer support is very kind and speedy too. — Maggie Hölbling on CLZ Music
Extremely useful tool
The CLZ Music app is an extremely useful tool. I use it to catalogue my music collection. CLZ enables me to very effectively search for a particular artist, composer etc, and to keep tabs on my extensive CD collection. A minor problem that I had understanding how a particular application worked was very swiftly resolved. I highly recommend this App to anyone seeking to accurately catalogue their collection. — Mark Jordan on CLZ Music
Worth it
I have a very large CD collection and over the years I have bought double titles. I needed to inventory all of them so not to rebuying the same.CLZ Music fits all my needs. Initially I was having a little trouble getting it going but the customer support has been excellent. Every email question that I sent support I got a quick response. I have been using the app just for a short time and I have noticed how robust it is with all the information that the app gets for you. This app is a must have. — Isaac Star on CLZ Music
CD Collection
I love your software and have used it to tame my 1700 (and growing) CD collection. — John Mosley (USA) on Music Collector
CD collection
I got this to Catalogue my large CD Collection as I was buying duplicates and it's just as good as their movie database app. I do recommend them. — Richard Hart on CLZ Music
CD collection
Convenient way to access entire CD collection. — A Google user on CLZ Music
I first fell in love with it around 10 years ago
YEARS ago I was looking for a program to keep track of my growing CD collection. I'd found a few, but none of them did as much as I wanted out of the program. In fact, if there were two or three features I wanted I felt pretty lucky.
I found one program I liked more than the others, but it was bought by some other company and dropped out of sight. Now I had a choice of using a years-old program with no updates and no support or finding a new program.

I don't remember how I happened across Collectorz, but the first time I used it I thought "MAN! Where has this been all the time I've been searching?" Then there was an update.
FANTASTIC! Here's where it all goes south.

WRONG! The update actually not only made what already existed better, but it added MORE things! More HELPFUL things! I figured the company would eventually sell out to the highest bidder (that's just how my luck runs sometimes) and I'd be looking for a replacement again.

NOT SO! Not only is it still around, it's better, easier to use, and more capable than it was when I first fell in love with it around 10 years ago.

Contact them for technical support. Not only do you always get and answer, but (and this is maybe even more hard to believe) THEY'RE ALWAYS RIGHT!

If you get this program to catalog your CDs (or movies, comics, games, etc.) and you DON'T appreciate the obvious thought and planning that goes into providing a world-class program you really must not need an 'inventory' program as badly as you thought!

In short, I've bought a whole lot of software in the 30+ years I've been dealing with computers, but I don't believe there's been one I like as much or would miss more than Collectorz! — Mike Kimmel (USA) on Music Collector