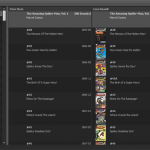 It is important to have your local comic entries linked to the corresponding entries in our Core online comic database, especially when syncing to the CLZ Cloud and/or the CLZ Comics mobile app. Because a correct Core link is what gives you all automatic comic details, like cover images, values, creators, characters, plots, etc..

All comic entries you added through the Add Comics from Core screen, will of course be linked with a Core entry automatically. However, if you added a comic manually, or if you imported a list of comics, e.g. from a CSV file, some of your entries may arrive “unlinked”. In which case you would need to do the linking afterwards.

Previously, linking comics with Core was done in an old and clunky screen, based on a very old version of the Add Comics from Core screen. But not anymore!
As of today, Comic Collector has a completely new Link Comics with Core screen.

The new screen was created from scratch and offers a more visual and easier-to-use linking process, allowing you to quickly link many comics in one go by linking the series first, then the issues within that series. Open the new Batch Link screen by choosing Batch Link Comics from the new CLZ Core menu.

When you open the screen, it automatically shows a list of all series that have unlinked comics in the left hand panel. Select a series to see which issues are unlinked and the program will automatically try to find the best matches in our Core online comic database, based on series and issue number.

First check if it found the correct series. If not, you can use the gray “Select Series” button to link to a different series in Core.

Once the correct series is selected, you can check all found issues, and if you’re happy with the results, use the big green “Apply X Links” button at the right to accept all the found issues and link them all in one go, saving you loads and loads of time and clicks! 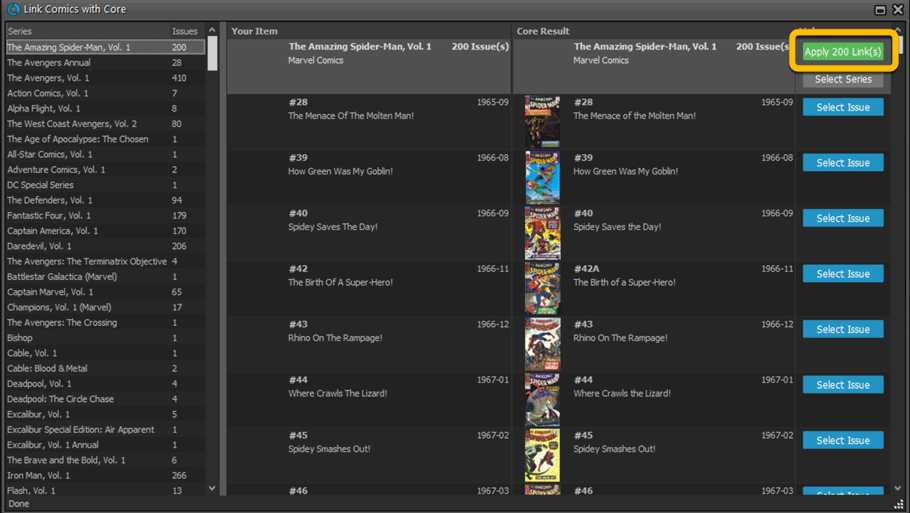 If you’re not happy with a specific issue result, you can click “Select Issue” to perform a manual search and link to a different issue or variant: 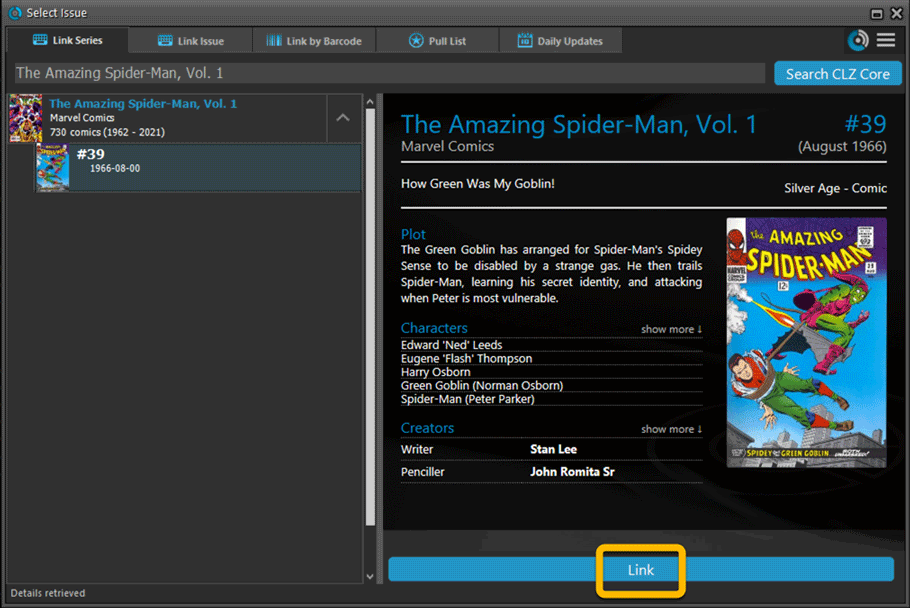 For better grouping of all CLZ Core related tools, we’ve added a new top level CLZ Core item in the menu, which now contains the following: