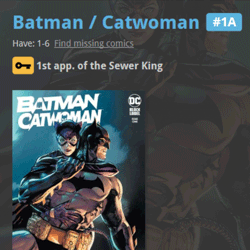 A huge 22.0 update for your Comic Collector software is now available, with one big new feature (key comic info!), many new fields and several improvements to existing features. All in one go and all based on your feedback!

When adding new key comics from Core, it will now automatically fill in your “Key Comic” and “Key Reason” fields.
For your existing collection, use Update from Core to get the key info. Here’s how:

IMPORTANT: Getting key comic information from Core is a new premium online service that requires an active subscription. This feature will stop working when your Comic Collector subscription has expired!

Currently, our Core has key information for just over 17 thousand comics. We are still working on the data though and we expect to have around 20 thousand key comics listed soon.
Don’t worry, we won’t go the “speculation route” (like a well known other comic app). We will try to stick to key comics that are “reasonably important to most collectors”. I know keys are subjective, but remember that the main feature here is that Core now delivers the nice little key reason facts about your comics.
If a particular “fact” is not important enough for you to call a particular comics a “Key Comic”, then just uncheck the Key Comic checkbox. The key icon will disappear and the nice factual info will still be displayed. If you want that info to disappear too, just clear the Key Reason field. *You* are in control here 🙂 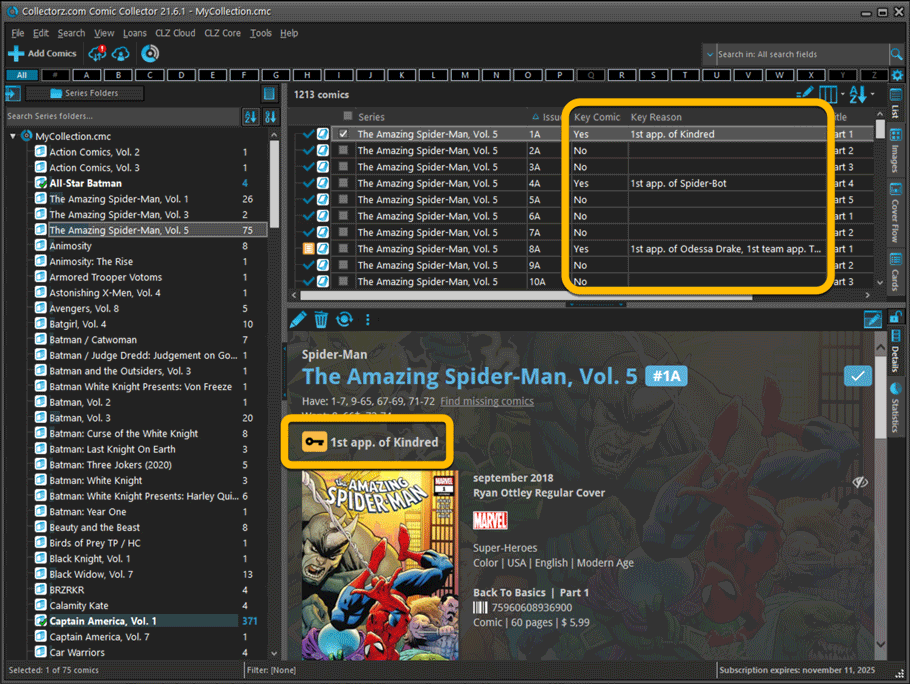 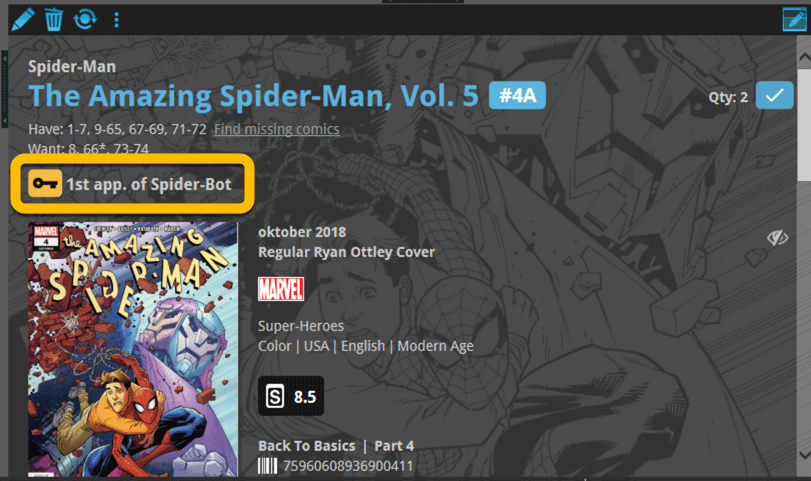 Many users use the software to not only keep track of your current collection and their wish list, but also to keep a list of the comics they sold. Based on their requests, we added the following: 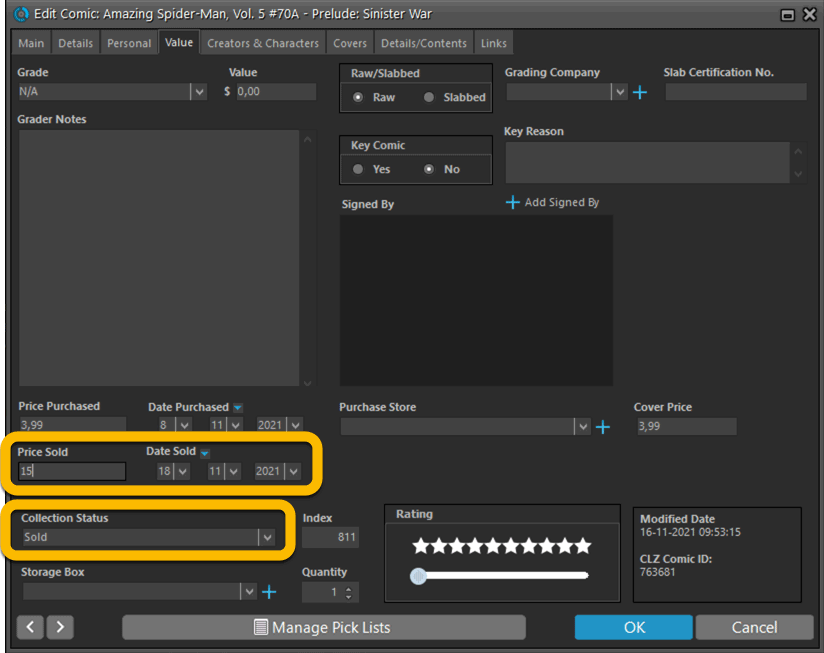 A new Hide from Missing Comics toggle for Series

The Series item now has a extra toggle: 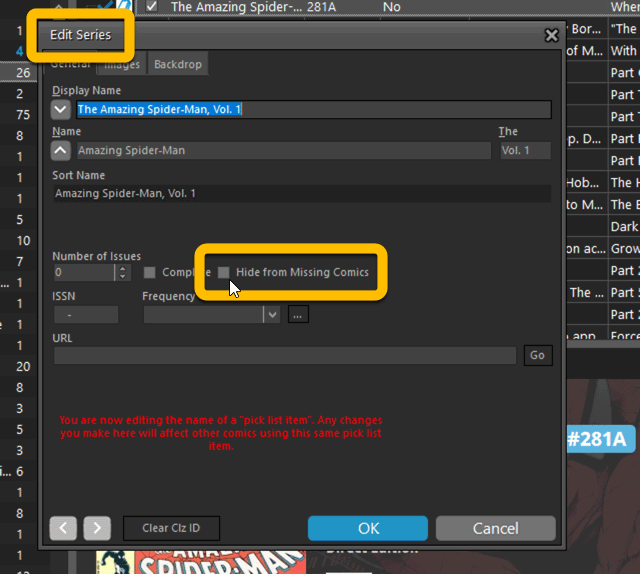 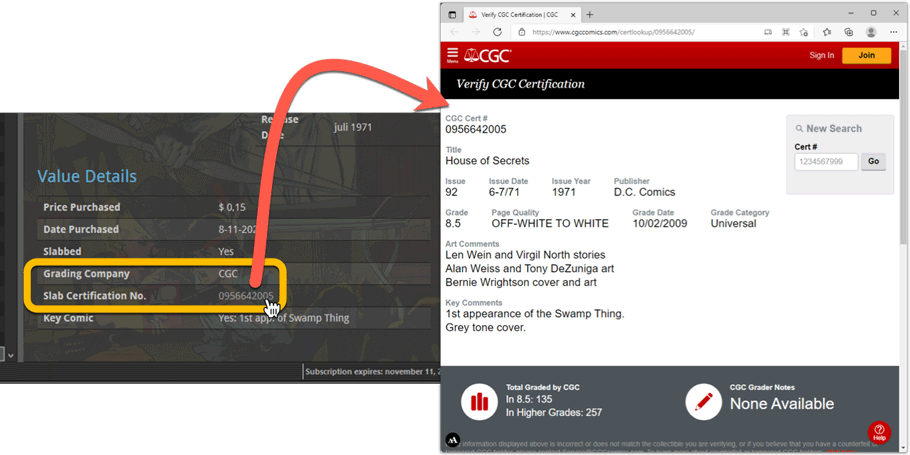 The Add Comics from Core screen is of course THE most important screen of the software. For version 22, we have adding one new feature AND we made two old features more visible (which may mean that they ARE new to you 🙂 ).

So in today’s update we added a new “Variants” toggle in a new settings bar right above that issue list. The Variants toggle lets you Show or Hide variants, in other words, if you set it to hide variants, it will only show the “A” variants, resulting in a much shorter list to scroll through. 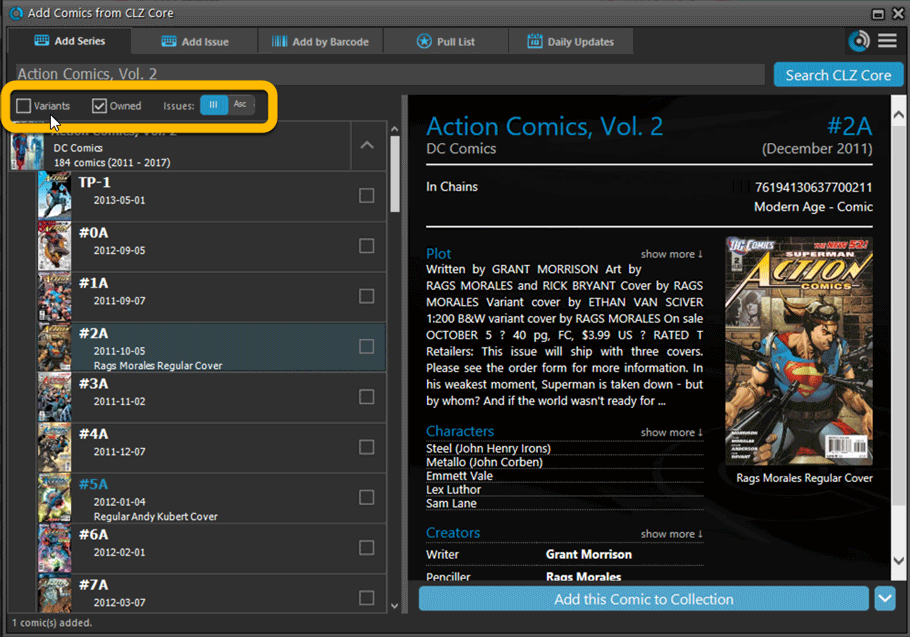 After we introduced the Missing Comics screen, about a year ago, we kept receiving the same two complaints from you all:

Both very good points, so with v22 we are introducing 2 new settings: 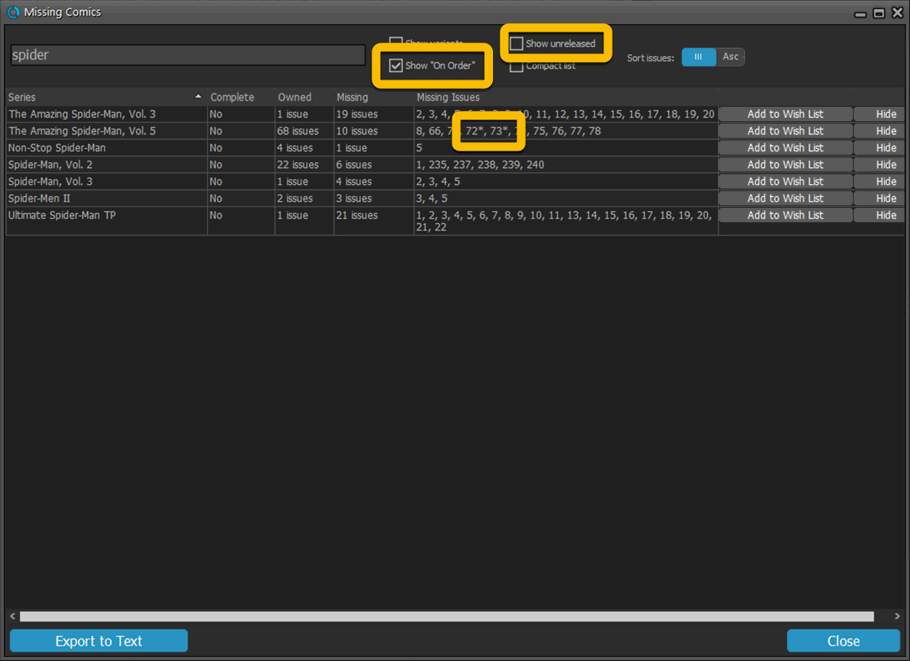 In the List View, and in menu’s everywhere, we have updated the Collection Status icons, with a colored background to make them stand out more.