We designed new icons that give new users a better indication of what the app actually does (as opposed to just a different color CLZ logo), but still obviously belong together, when shown together.

And if you have Android 8.0 or higher, we’re also including an “adaptive app icon” as of today which are in line with all your other app icons!

In July this year, we introduced the new Box Set adding feature in the Add Movies screen, where it automatically “knows” which movies are in the box, then creates separate entries in your database for all the movies contained, then “links” them using the Box Set field:

Most users love this new way of adding Box Sets. However, since the introduction we have learned that some users would like to add box sets as single entries.

So as of today, the “multiple movie entries” behaviour is now optional.

When adding a box set, found by title or barcode, you can now choose between: 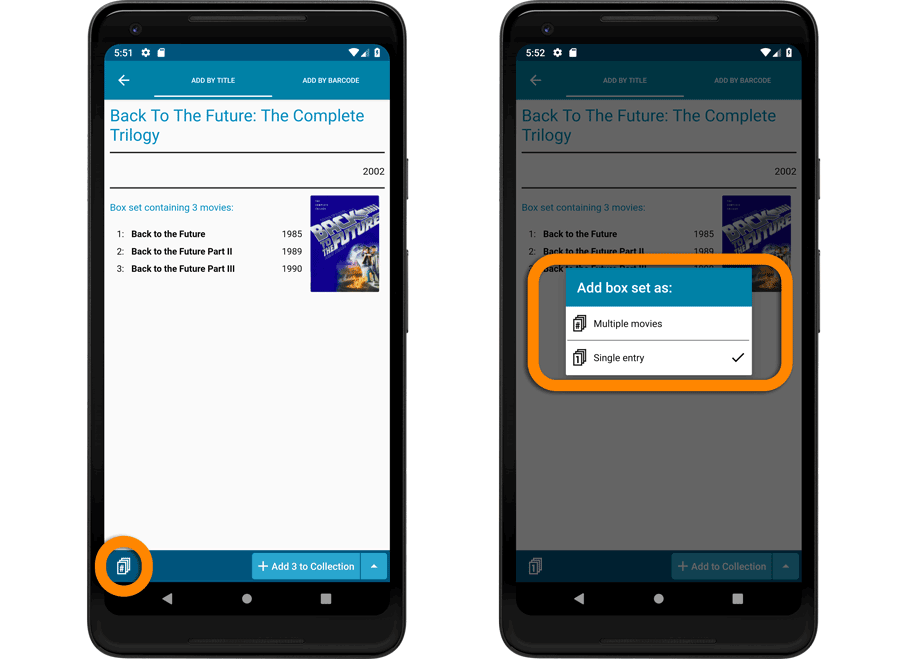