CLZ Games mobile app for your phone or tablet

With super hi-res 4K (or even 5K) screens becoming quite common, more and more people are running Windows with the Font Size (DPI scaling) set to 125% or 150%, to keep text readable. So earlier this year, we released maintenance builds for all Windows editions to fix various layout problems when running Windows with “large fonts”.

Today, with version 18.1 we’re taking the next step: Game Collector is now fully “DPI Aware”. Starting with this version, if you have increased your font size in Windows, all screen texts will look sharper, less fuzzy, making full use of your hi-res screen.

To give you an idea, here are 2 close-up screenshots of what it looked like in the old version versus the new version: 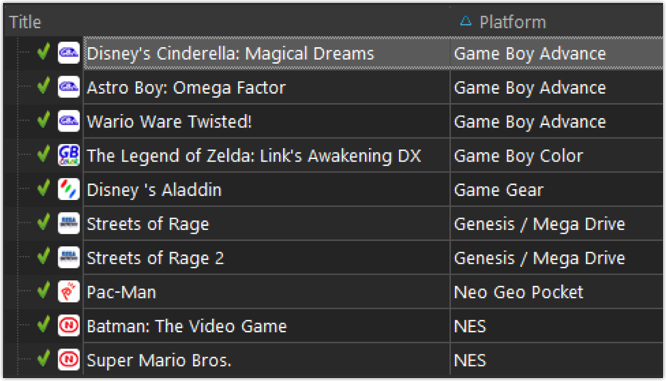 We added new collection status icons to the main screen’s list view and card view to make the screen less clogged up and easier on the eye.