CLZ Games mobile app for your phone or tablet 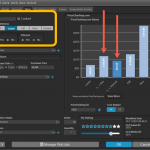 After months of working on comic related updates only (for our CovrPrice partnership), the CLZ team is finally freed up to work on our other products again, phew!

So today, we can release a nice update for your Game Collector software, in which we improve on the Pricecharting integration for getting game values.

After updating your games with values from CovrPrice, Game Collector will now show a nice Value Report to let you know which games have been updated, and the value it has now (including how much more (or less) it’s worth!). Use “Update values from PriceCharting” from the menu to start updating your values: 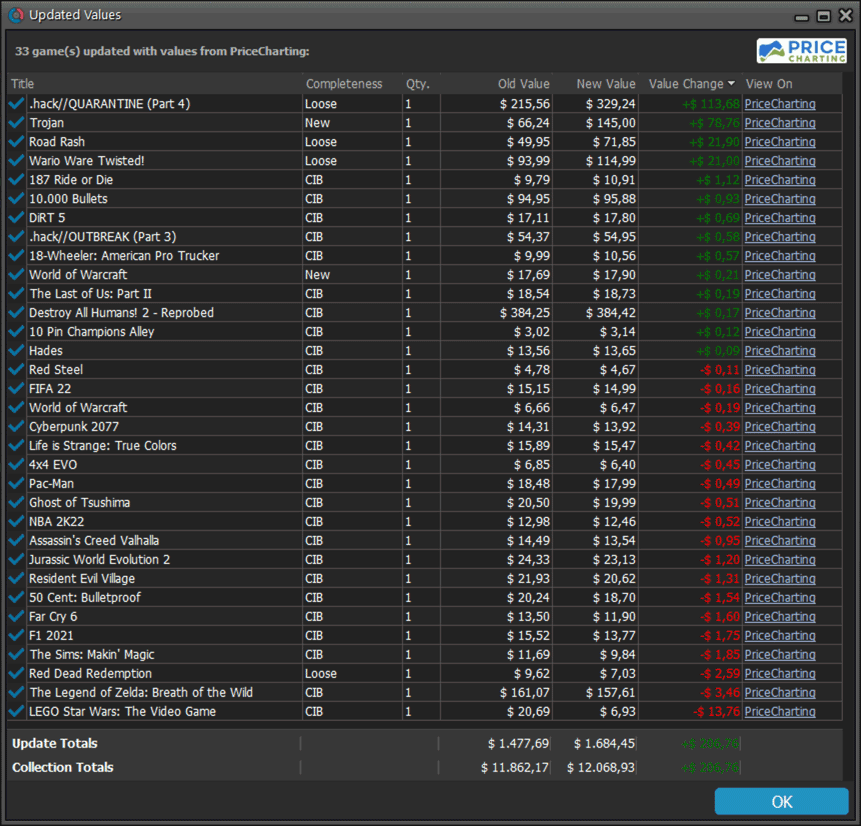 It is also possible to re-open the report of your last Update Values action. Super useful if you closed the report and then later want to check on the value changes again.
Just use “View Last Update Report” from the “CLZ Core” menu.

For a while now, PriceCharting.com has been listing separate values for just game manuals and just game boxes. So we have now added support for this in Game Collector.
This lets you get more accurate values for your games where you have a loose game plus a manual (and no box) and for games where you have a loose game plus a box (but no manual).
In the Edit screen, just set the Completeness to Loose, then checkbox the Box or Manual boxes below it. Then the Value will be calculated as the Loose Value + the Manual value or the Loose Value + the Box Value.

TIP: click the bars in the chart to automatically set your Completeness and Box/Manual checkboxes AND the value. 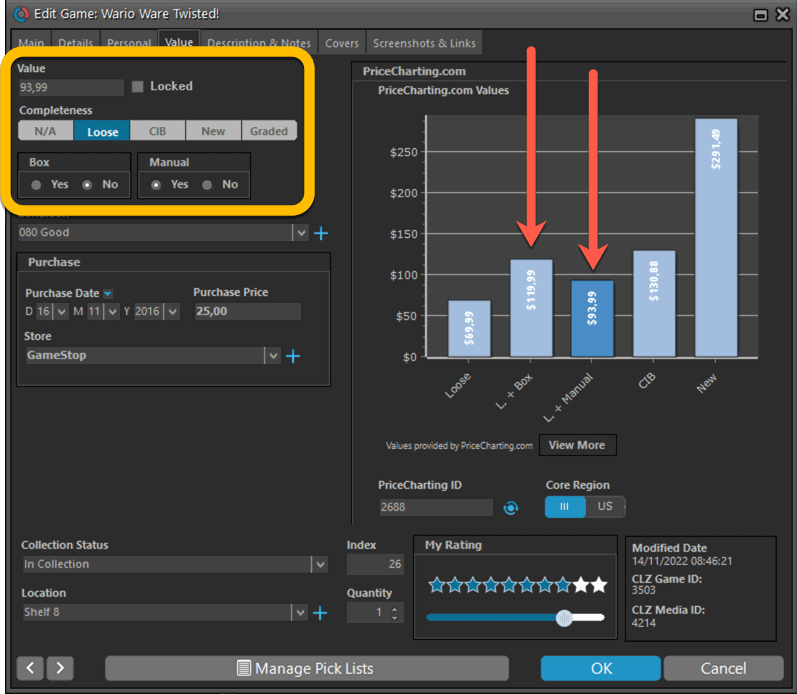 PriceCharting now also provides values for graded games (like WATA graded in a plastic case).
So we added a new option to the Completeness field called “Graded” and if set, it will use the Graded value from PriceCharting. 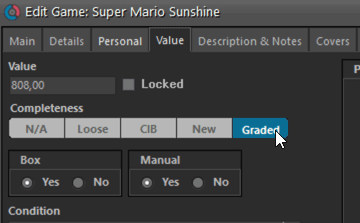