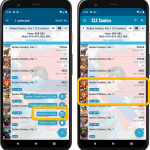 It’s been a while since the last CLZ Comics update, as our entire mobile team has been working on a big update of our CLZ Music app (the one for CDs and vinyl records).

But we’re back at it for the other CLZ mobile apps, with 4 new features in one go!

This is a new tool for making a full copy of an existing comic in your app.
To do so, tap and hold on a comic entry in your list to select it, tap the menu icon on the bottom right, then choose “Duplicate 1 Comic”.

Tip: you can also duplicate multiple comics in one go, just select some more before you use the command from the menu. 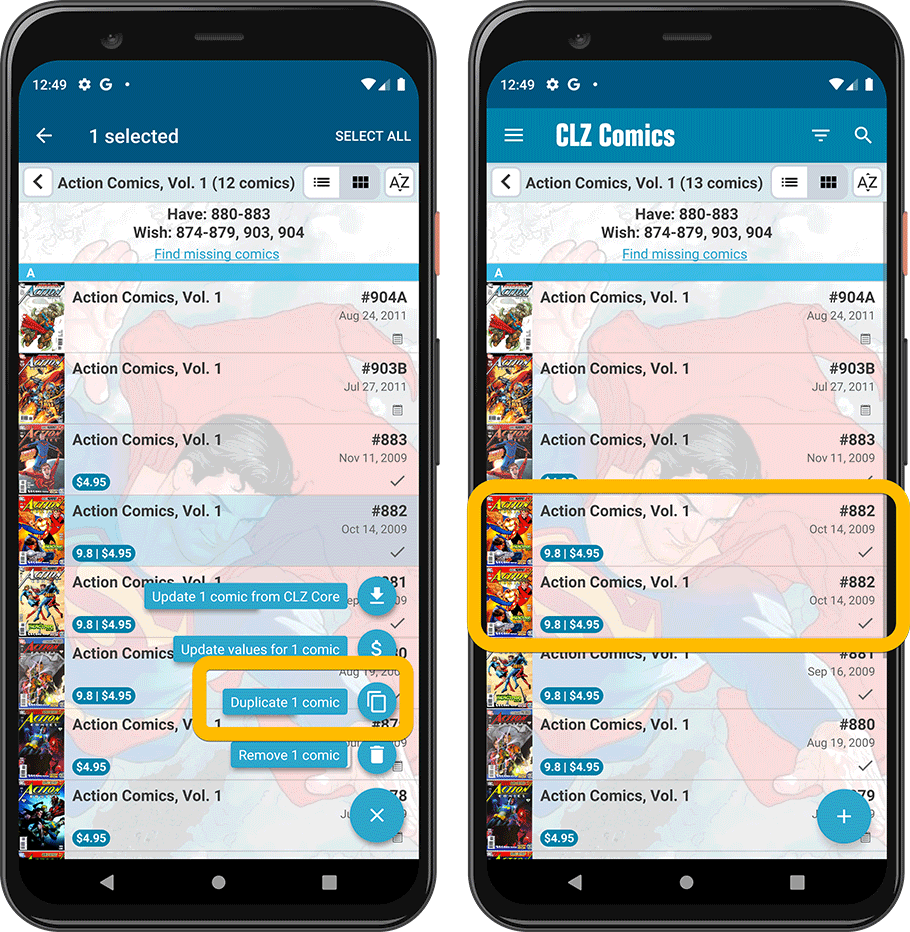 There are situations where you might want to reset and clear your CLZ Cloud, so that you can upload a fresh copy of your database from the CLZ Comics app TO the CLZ Cloud.

Previously, one had to log in to the CLZ Cloud site to do that, but we have now made that quite a bit easier. You can now clear your CLZ Cloud straight from the “Sync with CLZ Cloud” screen inside the app, using the new Clear CLZ Cloud button on the bottom left. 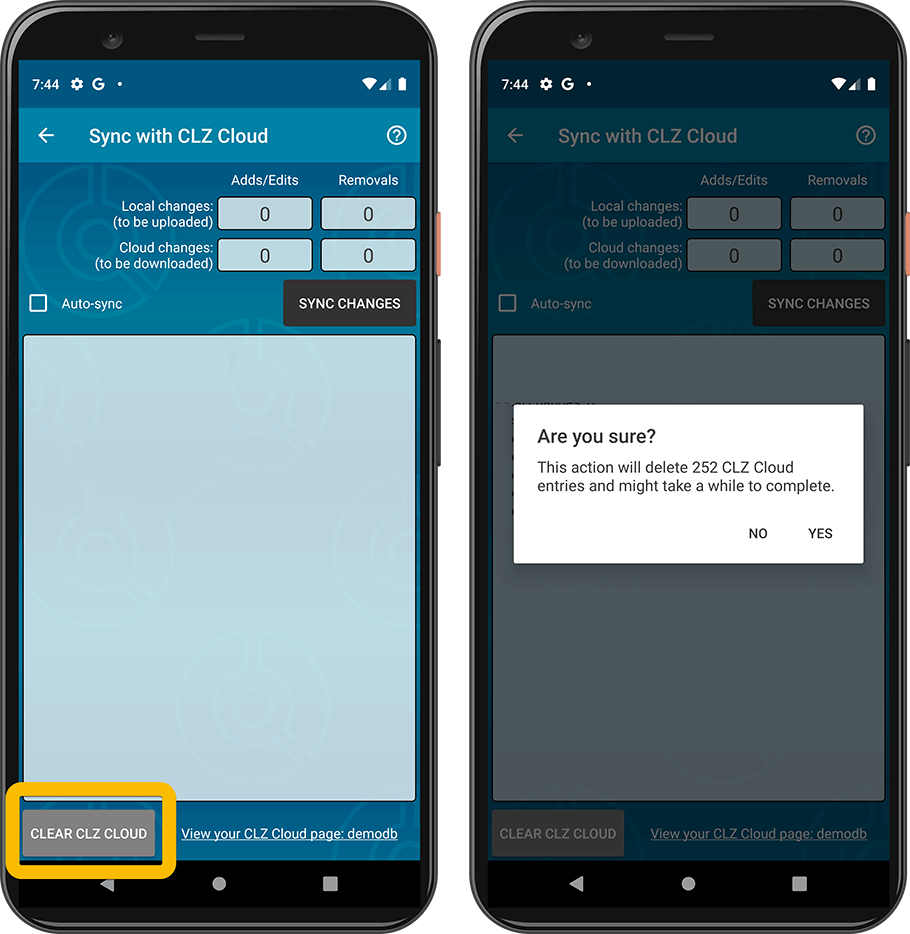 “Shake to Shuffle” is back! Early adopters of the CLZ apps may remember this feature from the first version of the app. The feature was removed because of technical reasons a long time ago.
But we managed to implement this popular feature again for today’s update.

Alternatively, use the Shuffle button in the top right of the comic details page: 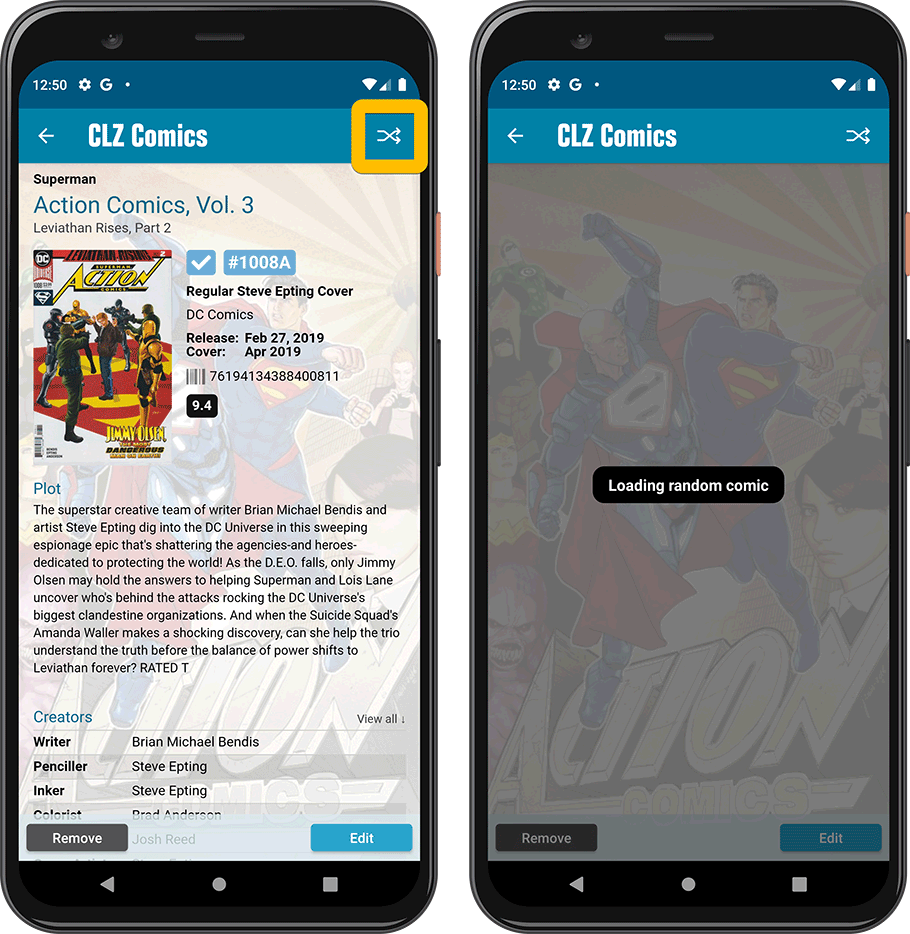 Links tab in the Edit Comic screen, for adding web-links

It is now possible to add web-links to your comic entries, e.g. to the official series Wikipedia or Fandom page.

Of course, all website links fully sync to and from the CLZ Cloud. 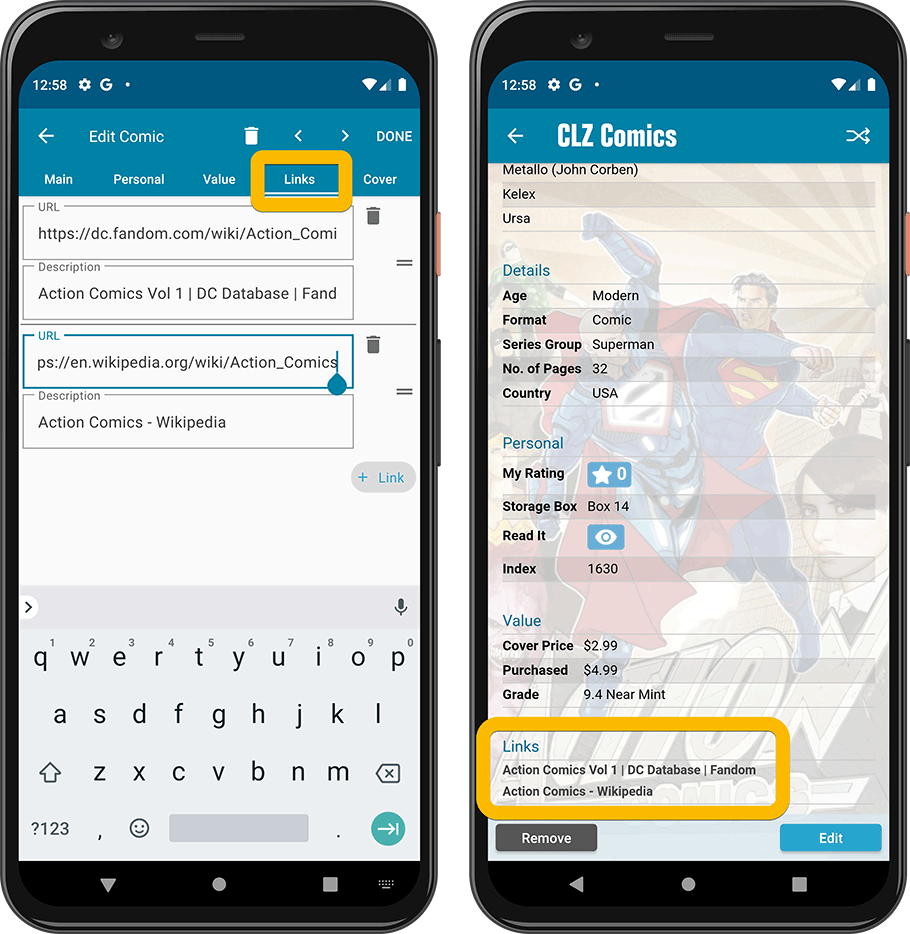