Just 3 weeks after the v20 release, here’s version 20.1!
In this update, several big enhancements to the movie file cataloging features, another re-design of the Tag editing interface and faster and more stable cloud syncing through our brand-new dedicated Sync-server.

For this update, we have made several additions and changes to the movie file cataloging features (Edit menu, Add Movie Files). The main goal here was to better parse clean movie titles from your folder and filenames, which will make your life much easier when Linking to Core afterwards.

To do this, we have introduced several new parser options: 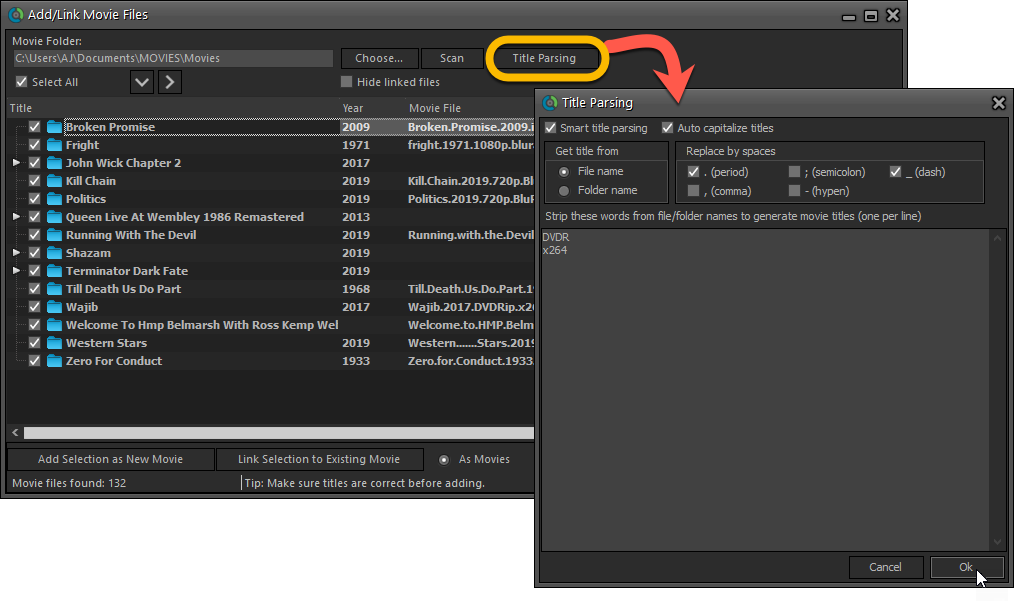 On top of that, we implemented:

In version 20, we changed the user interface for adding/editing Tags to a checkbox list. Of course, we did so thinking we were improving this, making it easier for you all. Instead of having to type in the box, just checkbox from your existing tag list, quick and easy 🙂

Boy, were we wrong here. After the v20 release, we received complaint after complaint about this change. Most users were very upset about not being able to copy/paste tags in anymore, others criticized having to scroll through long tag lists to find the ones they want, yet others, found it way too difficult to add new tags (some even missing the possibility) and finally some even reported it as a serious database corruption that they now suddenly saw all tags in all their movies (which was of course not the case).

Anyway, to cut a long story short, we made a big boo-boo there :-).
Our sincerest apologies!

So in today’s v20.1, we have again re-designed the tag adding/editing interface, to take away all complaints, to resolve all problems. We are convinced that with the new design, we are giving you the best of both worlds: 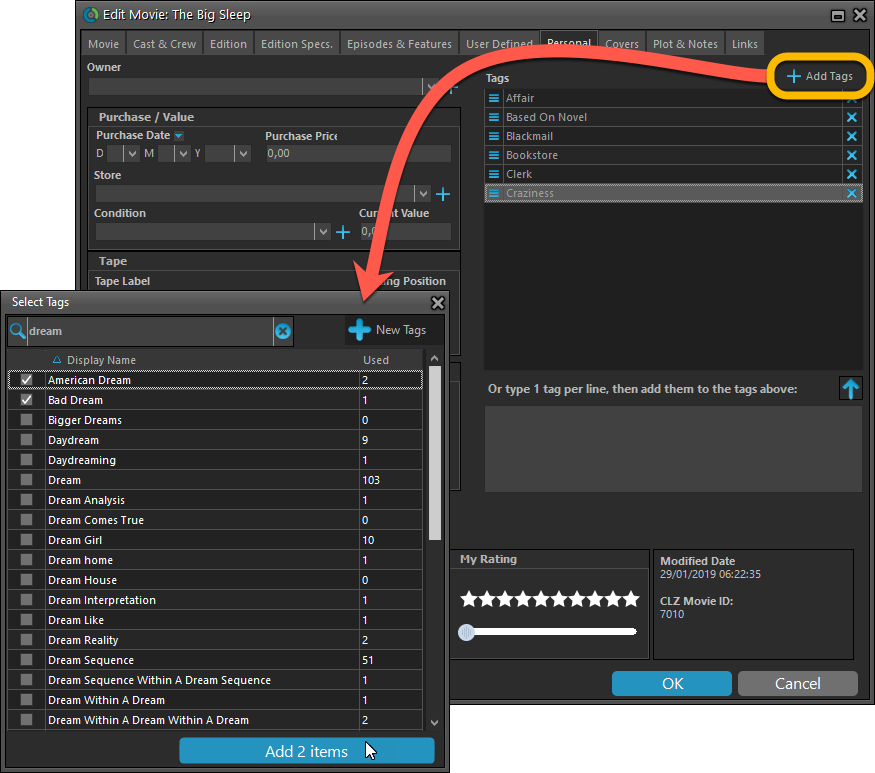 In today’s update, Movie Collector has been updated to sync through this new server, which should result in faster syncing and a more stable syncing experience during high load times (weekends).