We are one week into 2020, so it’s time for Comic Collector 20! Today in v20, we’re bringing you 2 super useful and time-saving improvements for the folder panel, plus a brand new Statistics screen.

The folder panel panel is a powerful way to browse and filter your collection. Just group by Series, or Publishers, etc… click a folder and the list will give you all comics for the selected Series or Publisher.

However, if your collection spans thousands of comics and hundreds of series that “click a folder” part is sometimes easier said than done. It may require lots of scrolling in the folder panel.

But not anymore! Version 20 introduces a new search box right above the folder panel, that lets you instantly search/filter the folder panel as you type! Just typing a few letters is often enough to bring the folder you are looking for into view: 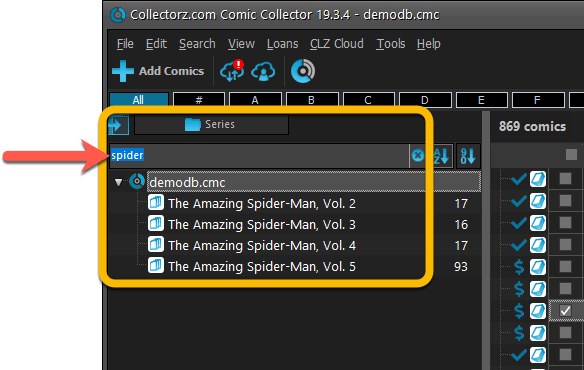 Sort the folder panel by the counters

Sorting by the counters is a nice way to find the biggest Series in your collection, your most popular Publishers, etc… Switch between the Alphabetical and By Count sorting using the two sort buttons to the right of the new search box: 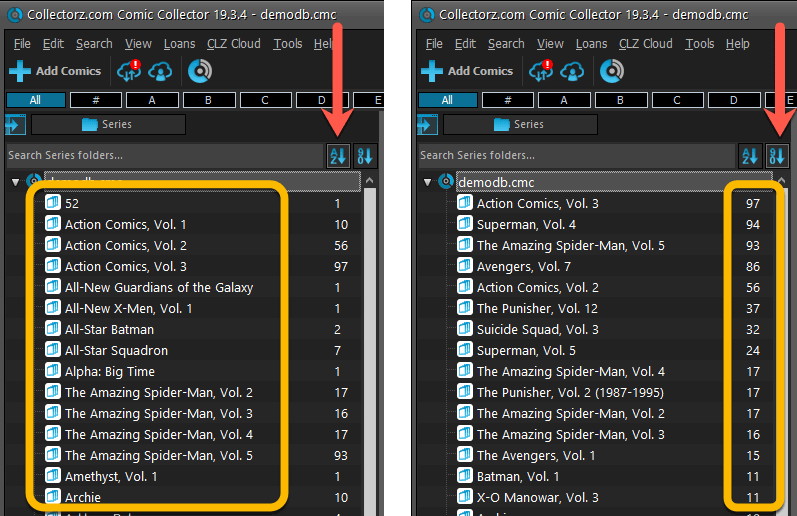 BTW: another small (but visually very nice) tweak to the folder panel is that the counters are now in a separate column on the right (previously these were listed between parentheses right behind the folder name).

Next to the above 2 functional improvements, we have also added a brand-new infographic-style Statistics screen. This replaces the old “textual” Database Totals screen. Open the screen from the Tools menu, then “Statistics”.

In the new Statistics screen you can find totals for your collection, top 10 lists and cool statistics in the form of pie charts, line charts and bar charts.

Please note: the new Statistics screen only shows data for “In Collection” comics (so excludes Wish List items) and takes into account the Quantity values! 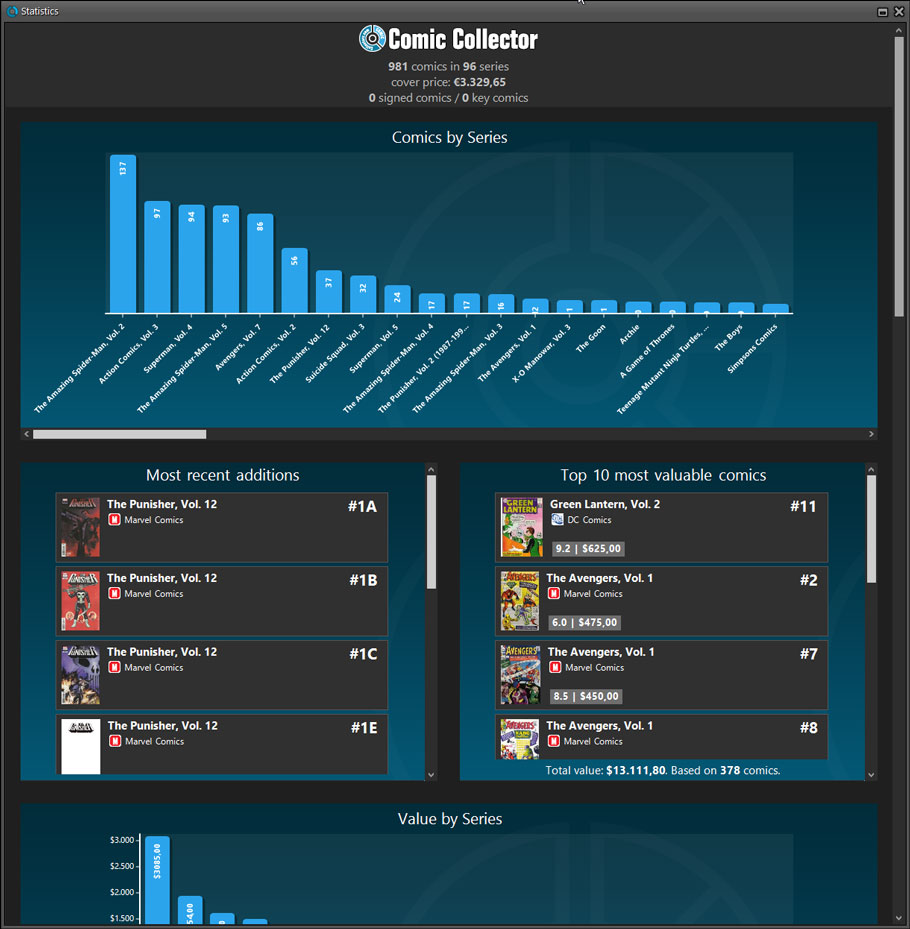 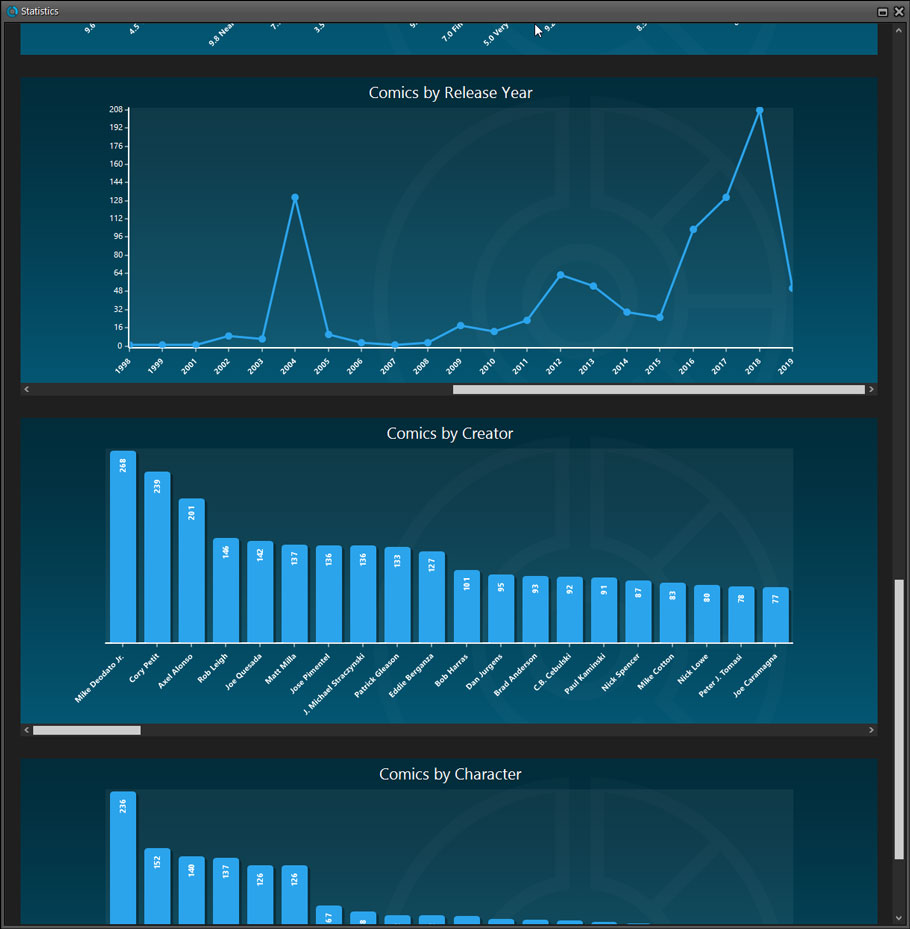 Previously a free-form text entry box, the Tags field in Edit Comic is now a checkbox list for quick and easy checkboxing of applicable tags: 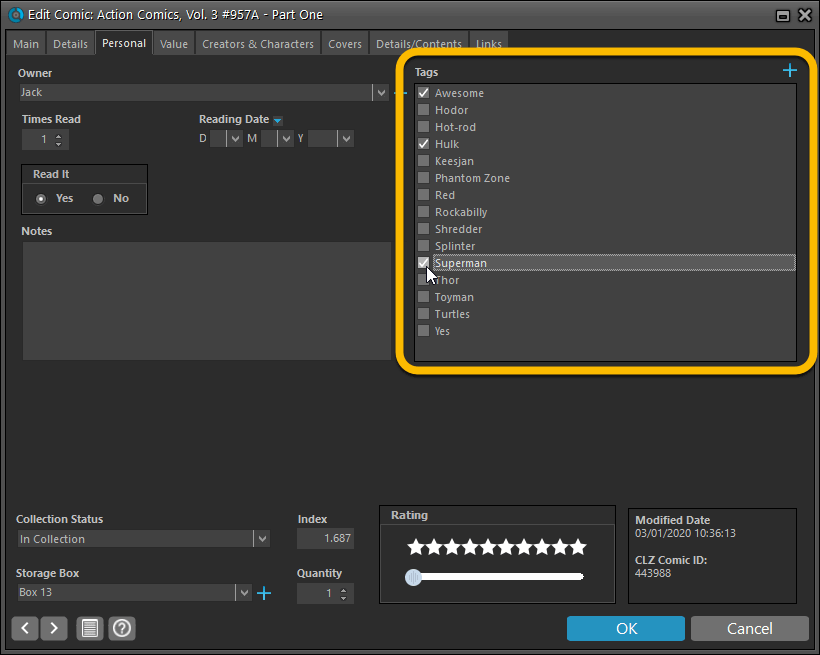