Here it is, version 6.0 of the CLZ Comics mobile app!

With this major update, we are responding to two of the most common questions:

But there’s much more!
Here’s the full list of what’s new in version 6.0:

Since we introduced the Update Values from GoCollect feature, one of the most common questions we received at customer support has been:

After I update the values for my comics, is there any way I can see which comics have been updated?

So, after one year of having to say “sorry, no that is not possible”, we figured, let’s make it possible.

And of course, we went way beyond just showing which comics have been updated. As of today, after you run Update Values, you will get a nice “Updated Values” report, showing you:

In the Add Comics screen, when searching for a comic “By Series Title”, you are sometimes getting so many series results, that it can be hard to find the exact comic you have in your hands. You may find yourself expanding series after series, to find the issue you need.

But not anymore, as today’s update will make this a lot easier: Just use the new “Add Issue” tab in the Add Comics screen to search by Series title AND Issue number in one go.
E.g. search for “iron man 17” and it will instantly show you a simple flat list of all issues 17 of matching Iron Man series.

Note that the list of matches will automatically be a lot shorter, because the results will only include the series that actually have the issue number you are looking. For example, search for “action comics 214” and it will instantly give you the exact comic you are looking for: 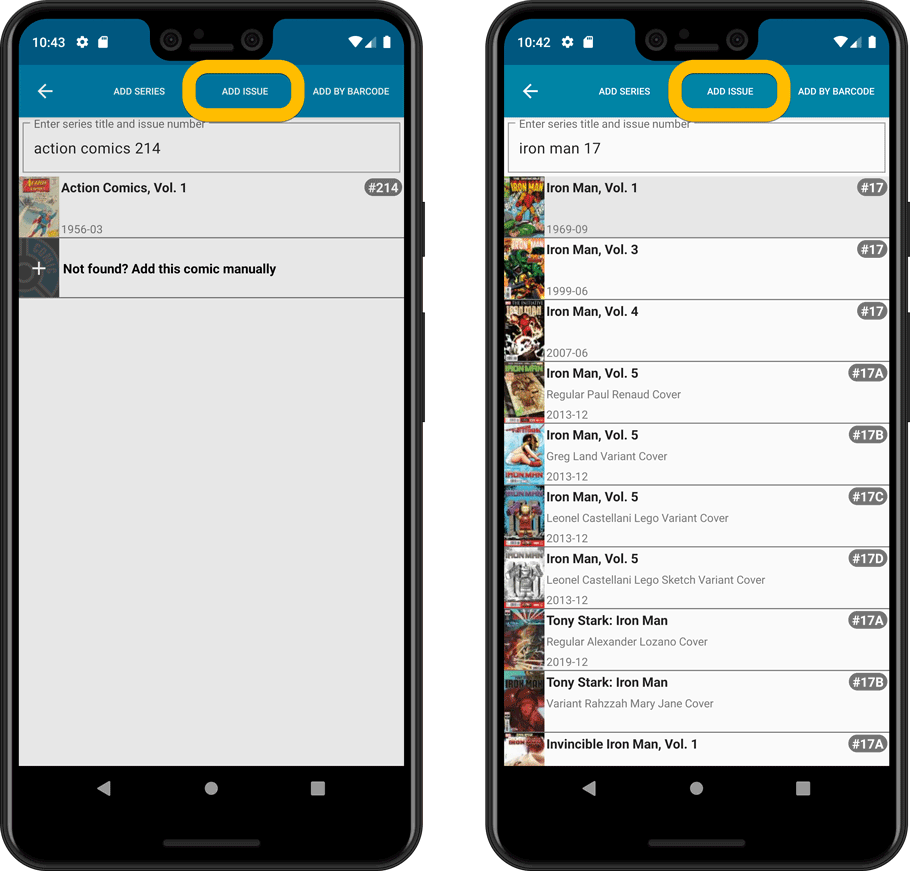 Finally make changes to multiple (or all) comic entries in one go.
Here’s how: 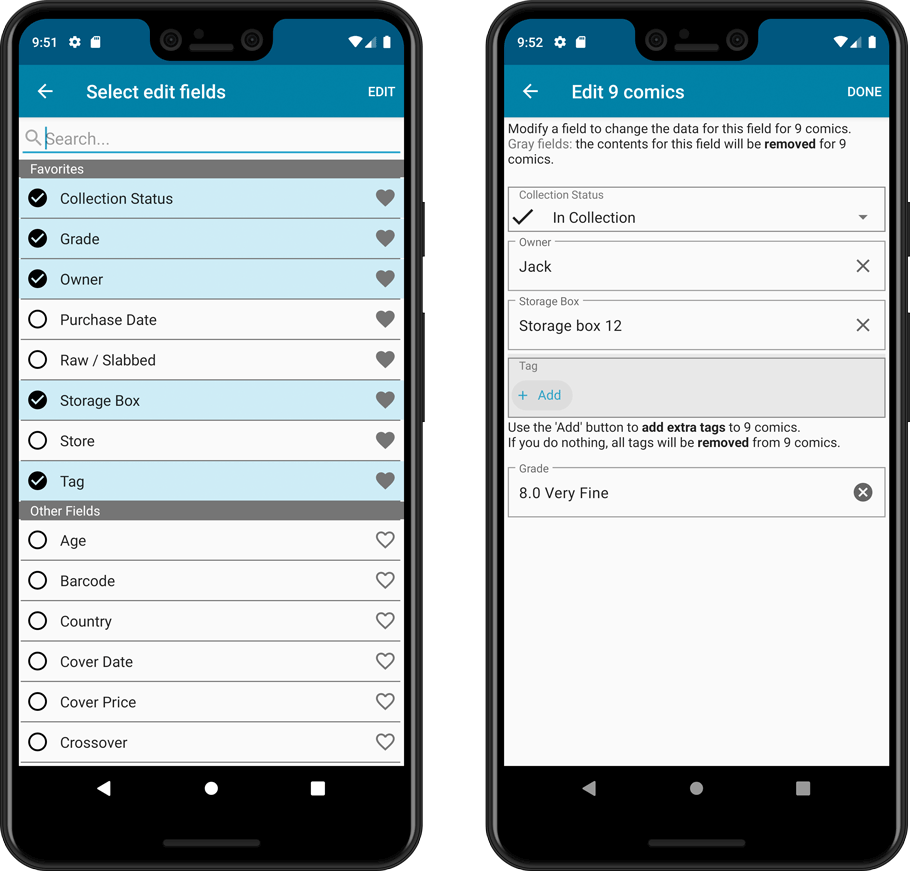 A new look for all edit boxes and a more compact layout, making it much easier to edit your comic entries, without scrolling through long lists of fields.

In the Edit Comic screen the Cover is now on its own tab, with new Crop and Rotate tools for instant rotating and cropping of self-made cover photos or downloaded images. 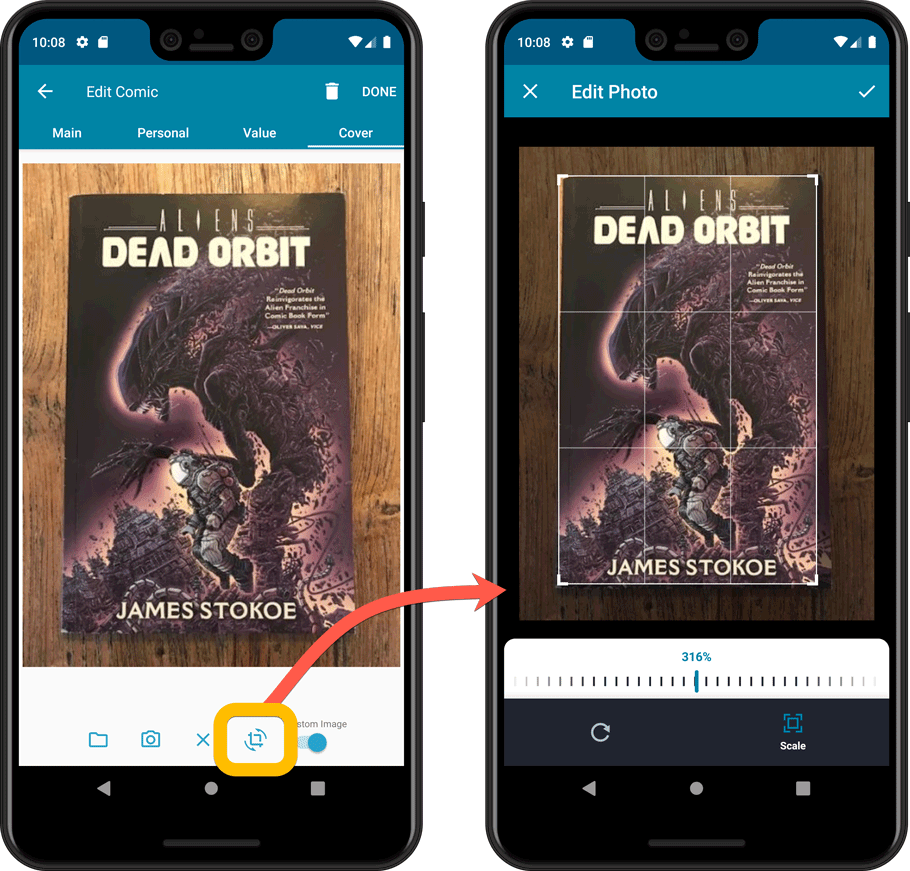 Now includes a search box at the top for quickly finding the field you want, plus the ability to create your own Favorites (just tap the star icons).