This is CLZ Alwin here, with your monthly dose of Collectorz.com news.

This month we released a major upgrade of “the one that started it all”. The program that I started on myself, in my spare time, back in 1996 (yes, that’s over 17 years ago!).
Of course, the program I am talking about here is Music Collector for Windows.

In the meantime, our lead Windows developer Ronald has taken over the programming duties on Music Collector, but still, I am very proud that my baby has just reached version 11!

Version 11 finally brings Unicode support to Music Collector, plus the full cosmetic overhaul we had already released in the Windows upgrades of Movie and Book Collector (Virtual Shelves, new icons, new templates).
On top of that, Music Collector was the first to get a time-saving new feature that will soon find its way to our other Windows and Mac programs:

Check out more screen shots of the Edit in List feature here.

What else is the CLZ team working on?

With the big v11 alive and kicking, what’s the CLZ team working on these days? Let’s do this by team member this time. Here we go:

Ronald: maintenance builds for all Windows and Mac programs

With our Mac developer Patrick focusing on iOS these days, it’s up to Ronald to handle both the Windows and Mac development. But don’t worry, he can handle it.

Before Ronald moves on the next big project, he is creating maintenance builds of all desktop programs, Windows and Mac, just fixing known issues and annoyances.

Two important updates have been released last week, of Movie and Book Collector for Windows, fixing 2 common problems that some of you have been reporting in the past few months:

You can expect more small updates next week, for all Mac editions and for the Windows editions of Comic and Game Collector.

Pim’s task is to bring our Android apps up to the same level as our iOS apps, you know, with add and edit functions and a built-in barcode scanner.

To make this happen, he started with a complete rewrite of the backend database code, to prepare it for adding and editing. Then a full rewrite of the frontend code, to make it ready for a tablet optimized interface and a more Android-like look and feel.
This week, Pim has finished a CLZ Movies build with all functionality of the currently available CLZ Movies app, plsu the new tablet-optimized user interface. I have seen it yesterday and it’s looking great! (some say… it looks better than the iOS edition).
It still needs testing and tweaking, but when that’s done we’ll release it as CLZ Movies 1.5, the first step towards the 2.0 end goal.

While Pim works on Android, Patrick continues on our iOS apps. Currently he is making sure our apps play well under iOS 7 and adhere to the new “flat” look.
Next to that, he is given the edit screens a complete make-over, to make them more user friendly and also more iOS 7 like. This may not sound like a very exciting change, but I promise it will make editing on iOS much easier. 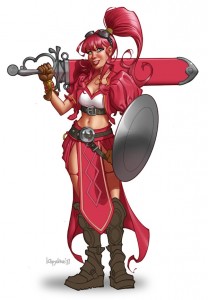 Our content managers Rowdy and Martin always have their hands full processing all your Core reports, but at the moment they have to fit a lot of hours on a large new video game related project.
They are doing the groundwork for a cool new Game Collector feature, something unexpected, but I just know it will be popular, especially with the more “hard core” game collectors.

Sven and Robbert, our web- and backend-developers, are currently caught up in an internal project, optimizing some of our in-house admin tools.
But as soon as that’s all done, Robbert will be back on Core for Movies “2.0” (almost ready) and Sven can continue with his work on Connect (a redesign of both the desktop and mobile websites).

I am ashamed to admit it, but after introducing the new look in Movie and Book Collector we just never got to updating our product and features pages to actually show these cosmetic changes.
But we’re catching up now. AJ is refreshing all pages with new screenshots and descriptions of the recently introduced features. He has just finished doing this for Movie Collector. Check out the new Features pages here:

As most of you know, we pride ourselves on quick, effective *and* friendly customer support. Which means that for both Sytske and Chris, most of their day is spend happily answering your questions and solving your problems 🙂

In the remaining time, Chris is working on the manuals for all Collectorz.com products. His current big project: moving the Windows and Mac manuals over to Manula. (Manula is a new product created by Sven and me, based on the in-house online manual tool we created for Collectorz.com).

And I? I am making sure all of the above goes smoothly. Next to that, I have the task of attracting new people to our wonderful cataloging solutions 🙂

That’s all for August,